PETALING JAYA: Malaysians are having to battle dengue cases on the rise even as they face drying taps from the current heatwave.

Dengue cases have shown a dramatic spike this year – up by about 150% from last year – and besides a change in the virus serotypes that is fuelling the increase, the weather pattern is of no help either.

Deputy Health Minister Dr Lee Boon Chye said changes in weather patterns could have made it easier for the Aedes mosquitoes to breed in stagnant water.

He said that with the hot dry spells sandwiched by short bouts of rain, the mosquitoes’ larvae could hatch more easily.

Asked if the hot spell was contributing to the rise in dengue cases, Dr Lee said “it was due more to the alternate changing weather pattern” between a dry spell followed by brief rainfall.

During a prolonged dry spell lasting about three months, for example, there would not be many places with stagnant water for the mosquitoes to breed and the larvae to hatch, he said.

Regular rainfall, said Dr Lee, would also have washed out the stagnant water.

According to the government’s i-dengue website, there were 34,222 dengue cases between Dec 30 and March 23. 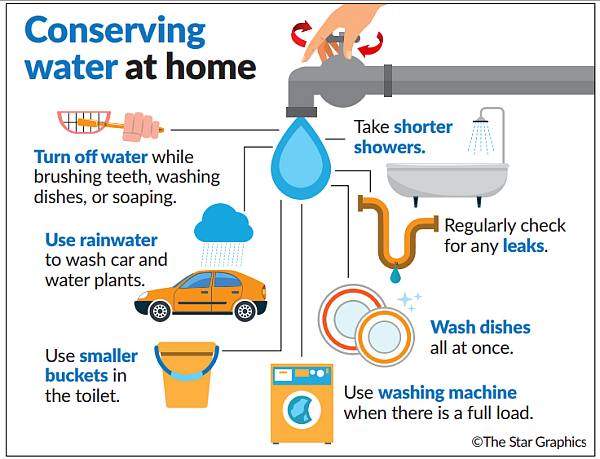 Calculations showed that on an average, there were about 2,800 dengue cases per week this year.

Dr Lee said a change in dengue serotype was also a cause for the upsurge in reported dengue cases in the country.

“Dengue has four virus serotypes. Last year, there were more Type-1 cases, whereas this year, most of the cases are Type-2,” he said, adding that this might make Malaysians more susceptible to dengue.

He urged the community to be actively involved in efforts to clean up potential breeding grounds of Aedes mosquitoes.

There are also 57 deaths from dengue so far this year, far above the 31 deaths recorded in the same period in 2018.

At the same time, with six states expected to face water shortage, Malaysians are being urged to be prudent with their usage and to conserve water in their households.

Environmental groups are calling on the public to take stronger measures and re-think their attitudes, starting from taking shorter showers, washing cars with rain water and using the washing machines only at full load.

“That kind of culture must change for us to save water,” he said.

Maketab said federal and state authorities should also look into other measures to ensure a continuous water supply.

“One of them is taking care of the non-revenue water (NRW), which is leakage due to old pipes and illegal connections.

The National Water Services Commission has previously advised consumers to reduce their water usage during the ongoing dry season while Water, Land, and Natural Resources Minister Dr Xavier Jayakumar has warned that six states – Negri Sembilan, Johor, Perak, Kedah, Pahang and Kelantan – are predicted to get a “cumulative rainfall of below 25% of the average annual rainfall for April and May”.

It is reported that with the hot, dry season likely to last until May, dam levels and the planting of padi are affected.

“There should be concerted efforts to educate consumers and it should start at the school level.

“We need to teach students the importance and value of water and how families and individuals can conserve water,” he added.

Sustainable Network Develop­ment Malaysia chairman Muham­mad Sha’ani Abdullah said various small measures could be taken to conserve water such as using smaller buckets in the toilet, washing dishes at one go or turning off the tap while brushing teeth.

Water and Energy Research Malaysia Association (Awer) president S. Piarapakaran said while rationing could be considered in areas where the dams were below 40%, notices should be given out to consumers at least two weeks before to avoid panic.

He also called on the federal government to make long-term planning to avoid any shortage similar to the Selangor water crisis in 2014, which saw rationing in many areas in the state.

The government and its agencies, said Piarapakaran, should take into consideration all the historical data on water availability and planned ahead by putting up buffers to avoid water rationing, especially in critical states.

“The only thing for consumers to do now is to begin reducing consumption but the government also needs to do careful planning so that the problem will not be prolonged and end up burdening the public,” he said.