Finance Minister Lim Guan Eng says Malaysia will find it challenging to meet its 3% fiscal deficit target for next year due to uncertainties around the US-China trade war.

BANGI: Low financial literacy among young Malaysians is one reason why many ending up as bankrupts, says Finance Minister Lim Guan Eng (pic).

"A study by S&P Global Literacy Financial in 2014 reported that financial literacy rate in Malaysia is only at 36%, compared with 59% in developed countries.

"The low financial literacy rate is among the factors that has contributed towards high levels of debt – including worrying bankruptcy problems – among the youth," he said in his speech when launching the 'Belanjawanku - Malaysian Individual and Family Expenditure Guide' here on Monday (March 4).

Apart from the youth, Lim noted that older Malaysians are also facing serious financial challenges, particularly when it comes to their retirement.

Based on estimates by the Employees Provident Fund (EPF), he said that as of 2019, an individual requires savings of at least RM240,000 by age 55 in order to retire comfortably.

"However, based the EPF 2017 Report, active contributors aged 54 have average savings of only RM214,000 in their accounts.

"What is even more worrying is that two-thirds of contributors age 54 only have RM50,000 and below in their EPF accounts in 2015," he said, adding that this was well below the amount for recommended savings.

Lim noted the low amount of savings were inadequate and estimated to run out in five years after retirement, although the average life-span of Malaysians is 75.

He said that Malaysians must improve their financial knowledge in order to make the right decisions in terms of spending and investment. 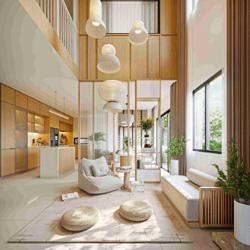