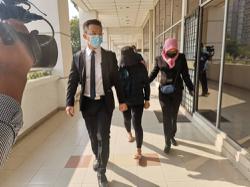 PUTRAJAYA: The National Wage Index will be a guideline to measure changes in the salaries of workers in Malaysia, said Human Resources Minister M. Kulasegaran (pic).

The index, the first in the country, was one of the 11 labour market consolidation initiatives under the 11th Malaysia Plan (11MP).

It is included in the priority areas of increasing productivity, enhancing job creation and raising the salary structure, said Kulasegaran.

Employers can use it as a guide for setting pay levels for salary adjustments and as input to their human resources policies.

“Employees and job seekers can benchmark changes in their wages to broader labour market trends and assess their wage increase or changes over their career paths,” he said after the launch yesterday.

As a policymaker, Kulasegaran said the government could use the index to monitor salary adjustments, as input for fixing the salary and to revise the minimum wage and for policy considerations.

The index was developed by the Institute of Labour Market Informa­tion and Analysis based on quarterly surveys on payroll information and adjustments between Septem­ber 2016 until June 2018.

The minister said the key results of the survey, among others, showed that the basic wage grew by 8.2% over the eight quarters.

The ministry will publish the index on a quarterly basis.

The next release will be in the second quarter this year.

On another note, Kulasegaran said the government would focus on increasing the participation of women, retirees above 60 and disabled persons in the labour force.

“We should not allow the experience of older workers to go to waste as they still have much to contribute to economic growth,” he said, adding that the government would study Singapore's model to allow retirees to work again. — Bernama