He said the federal government decided to increase the commission, which was approved during the Cabinet meeting on Jan 2.

“I do not know the exact amount but the increase by three sen is huge. I think the increase will be able to address any shortfall.

“It should make a difference,” he said during a press conference after launching the Market Place Fair @ Penang by Bursa Malaysia at Spice Convention Centre in Bayan Lepas.

Lim was responding to a question about claims by the petrol dealers association that they could lose between RM30mil and RM40mil due to the latest fuel price reduction.

Lim said he was not sure if that figure was accurate and it would be best for Domestic Trade and Consumer Affairs Minister Datuk Seri Saifuddin Nasution Ismail to address the matter. 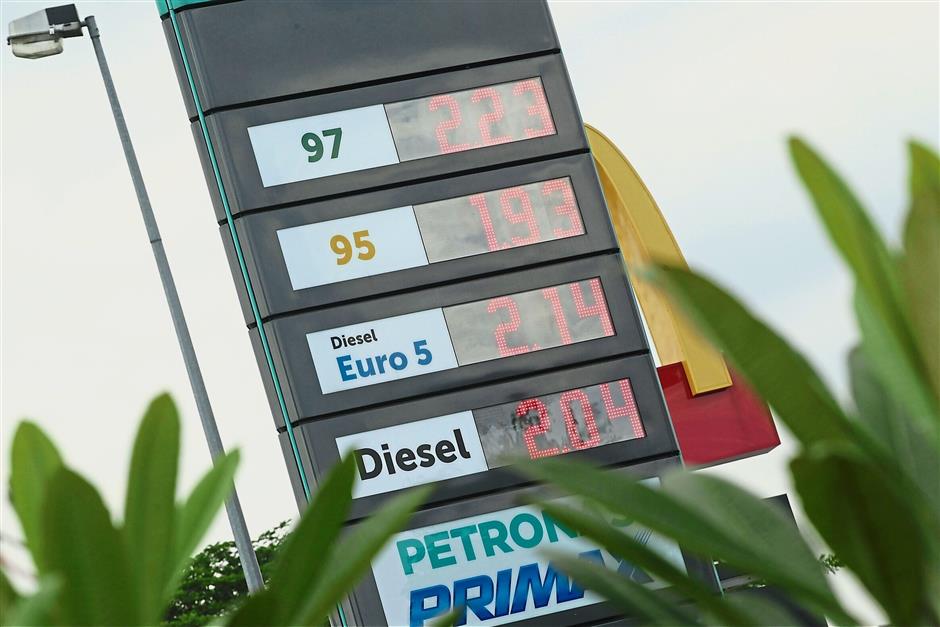 The new fuel prices being shown at a petrol station.

The new prices will be in effect until Jan 11, after which the Automatic Pricing Mechanism (APM) will be implemented.

Under the APM, weekly fuel prices will be announced every Friday and will be in force the following day until the next Friday.

Lim added this was the best win-win formula.

“We want consumers to benefit from the fall in oil prices, that is why we decided to adopt the weekly fixing of oil prices.

“Although we have changed it to the weekly fixing, we will cap it if it increases.

“So it is a win-win situation. If it goes higher than the capped price, it will be subsidised by the government,” he said.