Into the depths of the country

MP Sivarasa Rasiah would be the first to admit that before his appointment as Deputy Rural and Regional Development Minister, he had not been to many places in Malaysia.

Visiting relatively far-flung places like the villages in Penampang, Sabah, is still new to him, and the experience turned out to be particularly memorable, he recalls.

He was travelling with a group in several four-wheel drive vehicles, as these villages are located in the heart of rural Malaysia and are often only accessible via meandering logging roads and the occasional rickety bridge. Or in this case, no bridge at all, which meant the entourage had to cross a river in their vehicles to get to the villages.

Visit concluded, Sivarasa left with some of the group to cross back over the river. It had started to rain heavily by then.

“The last two cars left about five minutes behind me. We managed to cross the river in time. But by the time they came, the river (level) had already gone up and they were stuck there for another hour and a half,” he recalls.

That incident has stuck in Sivarasa’s mind, along with the fact – he admits with a grin – that everyone kept asking to take selfies with him.

“I’ve been to places that I’ve never been to before and which are very rural,” Sivarasa says of his past five months as deputy minister.

Asked if he had expected an MP from an urban seat – Sungai Buloh, Selangor – to be chosen as a deputy in a ministry tasked with rural development, he says, “I didn’t expect to be appointed to anything. But when I was told that there was such an offer and ‘would you be interested?’ I said ‘Yes’.”

While some might say he should have been charged with the legal portfolio due to his background as a lawyer, the 62-year-old contends that he is familiar with many issues in his current ministry as he had worked with rural communities during his legal career.

“I represented and advised groups like Felda settlers, orang asli, workers in rural areas, and settler communities. So in that sense, the issues are actually quite close to my heart,” he says, adding that he does not see a big gap between his appointment and his skills and background.

“I see it as an interesting challenge,” he says about his current duties. 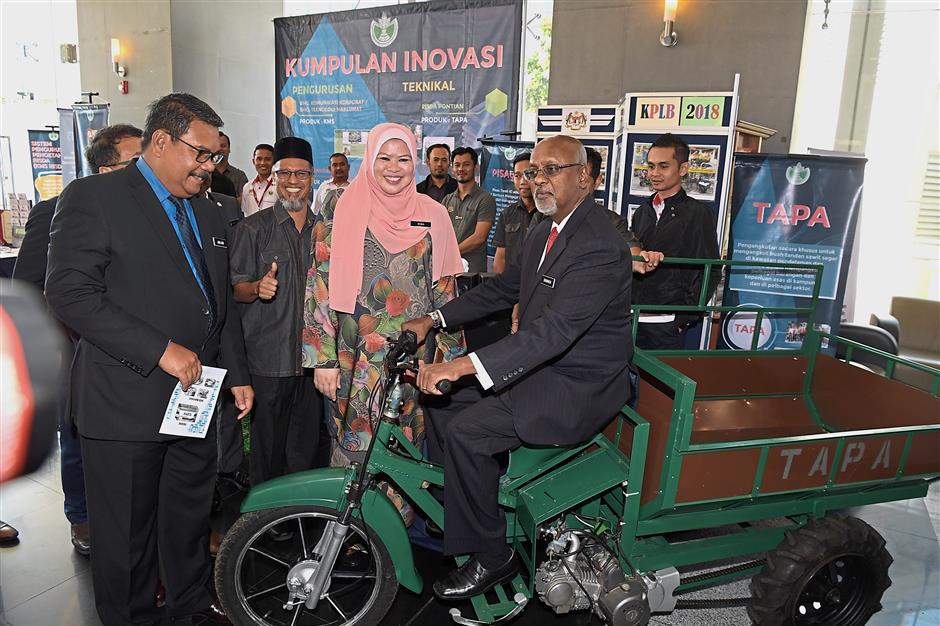 It would not be the first time Sivarasa has faced such a “gap”: He first trained as a geneticist in Universiti Malaya but later went on to study law in Oxford University on a prestigious Rhodes Scholarship after realising that science was “not his cup of tea”.

Sivarasa came to be known as a social activist, cofounding Suaram (Suara Rakyat Malaysia) and then joining PKR President Datuk Seri Anwar Ibrahim’s defence team during the Reformasi days of the 1990s.

Though he was one of many on the team, he continues to be known today – and is even famous – for that role.

This is even after he joined PKR in 2003, where he is now a central leadership council member. Under its banner, he stood for the 1999 and 2004 general elections before winning the then Subang parliamentary seat – before a constituency delineation exercise – over MIC’s Murugesan Sinnandavar in 2008.

Not that Sivarasa minds still being associated with that role, really. In fact, he finds it useful.

“It’s never been a problem. It helps being known, and they’re happy that someone like me is there with them and talking to them about their problems.”

And their problems – as Sivarasa has come to know since his appointment to the ministry in July – are many and complex, ranging from the lack of roads in some places to not even having basic necessities such as clean water in others, particularly in the remote areas of Sabah and Sarawak.

“I’m quite surprised to see that there are villages still in these kinds of conditions,” he says, expressing shock that some of the 20,000 orang asli in the furthest of the 150 villages in Gua Musang, Kelantan, take seven to eight hours just to send their children to a school hostel.

It is this “gap” in development between Peninsular Malaysia and Sabah and Sarawak, between the various states in Malaysia, and even between different areas in the same state – despite the billions spent so far – that Sivarasa is now determined to close in his new post.

The challenge is especially important now that the Pakatan Harapan government has promised a new impetus to close this gap, pledging 20% in oil royalties to petroleum-producing states like Sabah and Sarawak in its election manifesto.

Sivarasa thinks that many of the previous administration’s basic infrastructure projects, such as the building and expansion of water and electricity grids for supply, were overpriced, so any bridging now requires a radical rethink of the way development has been delivered in the past.

This is particularly true in Sabah and Sarawak with their huge expanses of land that dwarf the small population.

“I think using the grid strategy to deliver electricity or water may not make sense. Meaning, it’s too expensive. Given the limited resources we have, if you’re going to do that, it’s going to take 30, 40 years to deliver power to all of rural Sarawak or Sabah.

“So I think now – and the (Rural Development) Minister (Datuk Seri Rina Harun) also agrees – we should be looking at alternatives,” he says.

These alternatives are new and different technologies that Sivarasa is eager to explore, arguing that they are now cheaper and more effective in delivering clean water and 24/7 electricity compared with the old method of expanding the grid. 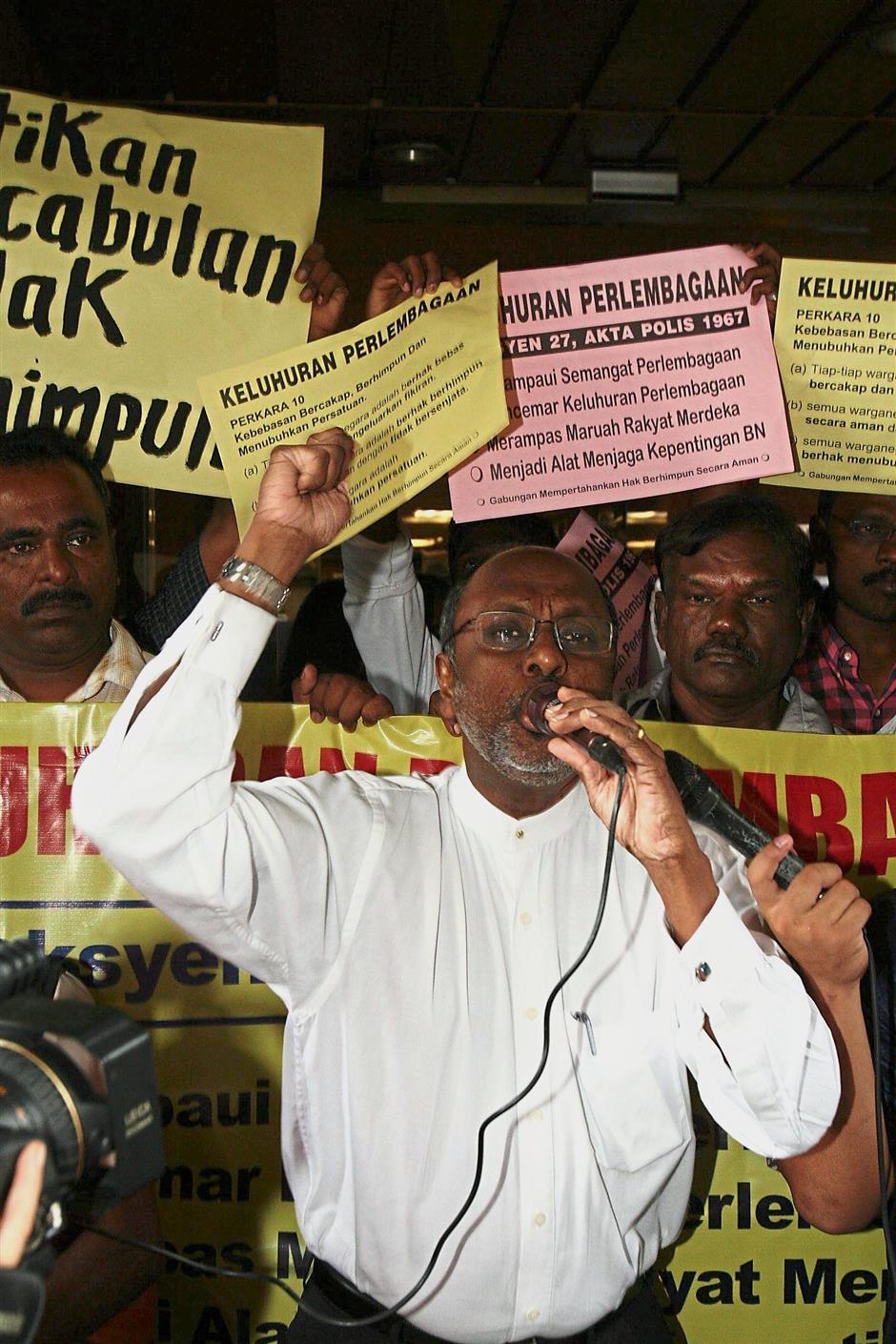 Activist: Fighting for the right to hold peaceful rallies in 2007.

It is also time, he thinks, to stop the cookie cutter delivery of such services to rural areas.

“Every village will have to be treated differently. So the most important (thing) is to send a team to do a feasibility study,” he says, adding that it is important to take into account an area’s topography when coming up with solutions, such as whether it is hilly or flat and if there are rivers nearby.

“Every solution will be tailor-made to that situation.

“How and what you use in any particular village, kampung or longhouse will depend on where it is,” says Sivarasa.

He also notes that, while many such alternative solutions have already been put in place by the previous administration, they ran into a very familiar Malaysian problem: the lack of maintenance.

This calls for a rethink of the old contractor model that delivered much of the country’s development previously.

That model, where a contractor would be hired to carry out a project and then leave once it is finished, is the cause of the failure of many projects, he points out.

Where the model succeeded is mainly in villages in which the residents were given ownership of the projects, he says, citing a mini hydro system installed in a remote village in Penampang, in 2003, that is still running today.

“The group that came to install it trained the villagers in the technology and how to maintain it, and the system has been run by the villagers from that day,” he explains.

Sivarasa is well aware, though, of the uphill task that the ministry will be facing in trying to upend traditional methods and thinking.

“It’s quite simple to talk about it like this but making it work is a challenge,” he admits, adding that they are now, however, engaging with the right people.

Keeping an eye on promises made

Besides a five-year conceptual development plan launched in October, Sivarasa says the ministry will be detailing an action plan as well as programmes in line with Pakatan’s manifesto.

“We are focusing on 28 districts identified as the poorest in Malaysia, the majority of which are in Sabah and Sarawak, followed by Kelantan, Kedah and Pahang,” he says.

And true to what he says, Sivarasa continues to hold the plight of the orang asli close to his heart, particularly their standoffs with the logging and agricultural companies over what they claim is their native customary land.

Since the bamboo blockade went up in the Balah forest reserve in Gua Musang in late 2016, a few more have sprung up, including in Perak and more in Kelantan.

Although orang asli affairs have since been moved to the purview of the Minister in the Prime Minister’s Department, P. Waythamoorthy, Sivarasa is asking for logging to be stopped while mapping and surveying of the native customary land is carried out.

Pointing out that in many cases, the orang asli’s forests and rivers have been damaged and their way of life destroyed, he says, “I can understand the blockade was done as a last resort to send a signal to all that they can’t put up with this anymore. “We have to stop the logging and protect tanah adat. We have to do what we call a mapping of their tanah adat, survey it and gazette it so that no state government can give it away or allow these activities on their land.

“In my view, the Federal Government needs to consider compensating state governments so that they protect tanah adat,” he says, adding that out of RM700mil in Kelantan’s state budget last year, premiums and royalties from logging only came up to RM100mil, which is not a “huge number”.

While there is yet to be such a proposal, this, he says, needs to be discussed at Cabinet level and must get a collaborative push from several ministries, including those looking after water and forests, and the environment.

“In my view, that has to be the way forward, not just to protect the orang asli, who must be treated as a community with special needs, but to protect the nation’s forest and water resources too,” he says.

While looking into all this, Sivarasa has not given up tracking Pakatan’s promise of reforms – something which he championed even while in the Opposition – saying that the coalition’s historic May 9 polls win means that it has to deliver on its agenda.

“The work that I do at the ministry supporting the minister is in the context of that broad mandate for Pakatan and the implementation of the reform agenda.

“Reforming institutions and the economy, and as promised, delivering transparency and good governance, all that must be part and parcel of what we do,” he says, adding that this includes institutions such as Parliament, the election process, and issues such as the separation of the Attorney-General’s Chambers from the Public Prosecutor’s office.

It looks like there is no “gap” at all in Sivarasa’s work.

Sivarasa Rasiah: A politician who’s always on the go