“(It will be implemented) beginning next year January,” Dr Maszlee said briefly when asked by reporters at the Parliament lobby on Wednesday (Nov 28).

According to Dr Maszlee, the RM2,000 salary threshold was a decision made by the Cabinet, following discussions with several stakeholders who wanted the Pakatan government to fulfil its election manifesto promise.

However, Dr Maszlee said, based on the government’s current financial situation, it is only able to implement a RM2,000 salary threshold at the moment.

“If the government’s finances improve, we will try to fulfil our promise of implementing a RM4,000 salary threshold.

“But for the time being, the best we can do is to place RM2,000 as the salary threshold,” he said.

“Pray for our finances to improve, so we can implement the RM4,000 salary threshold,” Dr Maszlee added.

According to Teo, the Cabinet decided at its meeting on Nov 23 (Friday) that the mandatory salary deductions of 2%, or RM40 a month will be imposed on PTPTN borrowers earning a monthly salary of RM2,000 and above.

She also said that the Cabinet agreed to exempt loan repayments of students who obtained first class honours under the middle-income M40 group, similar to the lower income B40 group.

Teo said that this entitlement to convert loans into scholarship applies to students from both private and public institutions of higher learning.

The PTPTN monthly salary deductions of between 2% and 15% for borrowers earning a monthly salary of RM1,000 and above was initially announced by Finance Minister Lim Guan Eng during Budget 2019.

It drew flak from various groups, where students from Mahasiswa Malaysia 2018 staged a protest march to Parliament on Nov 22 to hand in a memorandum to the government.

Among demands in the memorandum include an even distribution of student training schemes, aid for those aged 21 and above who earn less than RM2,000 and special discounts for PTPTN borrowers. 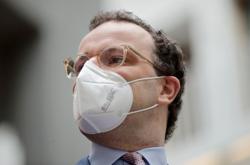