Kit Siang: Malaysians won't want ICERD at the price of another May 13 riot 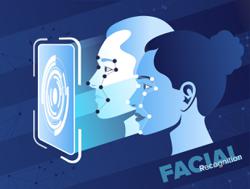 PETALING JAYA: Malaysians would not want the International Covenant Against All Forms of Racial Discrimination (ICERD) to be ratified at the expense of another May 13 racial riot, says DAP advisor Lim Kit Siang.

"No Malaysian would want Malaysia to ratify the ICERD at the price of another May 13 racial riot in the country.

"(This is because) there is no doubt that there are irresponsible elements seeking to incite and escalate racial and religious distrust, animosity and hatred to engender the conditions to replicate another May 13 racial riot in Malaysia," Lim said in a speech at Suzhou, Jiangsu province, China on Saturday (Nov 24).

The Iskandar Puteri MP said, "I have no doubt that if ICERD is indeed anti-Malaysian Constitution, anti-Malay, anti-Islam and anti-Malay Sultans, the overwhelming majority of Malaysians, regardless of race or religion, would not want Malaysia to ratify ICERD," he said in his speech at the annual gala dinner of the Malaysian Association of Jiangsu.

He noted that the Pakatan Harapan government's aim to build a New Malaysia had suffered a setback on Friday (Nov 23) when the Prime Minister's Office announced that the government will not ratify ICERD and will continue to defend the Federal Constitution.

Lim noted that the turn of events is a warning bell to all Malaysian's that "toxic politics of hatred, race and religion", if allowed to continue, could derail efforts to create a "New Malaysia".

He said this "New Malaysia" vision was the cause of the historic May 9, 2018 elections and saw a peaceful and democratic transition of power for the first time in six decades.

It also gave hope to the world that freedom, justice and good governance for the people can be achieved using a democractic system of government.

However, he said that the ICERD issue is a warning to all Malaysians that their "New Malaysia" vision can still fail if we allow political opportunists and desperadoes to exploit the lies and toxic politics of hatred, race and religion to the extent of unleashing racial and religious conflicts.

He also questioned those claiming that Muslims supporting ratification of ICERD were not genuine Muslims.

"Why is Malaysia cutting itself off from the overwhelming majority of the 57-nation Organisation of Islamic Conference (OIC) as only Malaysia and Brunei are the only two of the 57 countries which have not ratified the ICERD?" Lim asked.

"I am still waiting for the answer as to whether 99 percent of the 1.9 billion Muslims in the world, who live in (OIC) countries which have ratified ICERD, are not genuine Muslims?

He also said that there is no indication that the ratification of ICERD would undermine the position of the Malay Rulers. 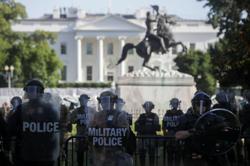 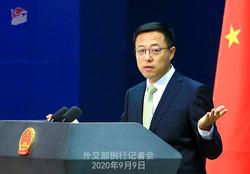