KUALA LUMPUR: The MCA has pointed out that several Pakatan Harapan leaders were beneficiaries of MCA-linked institutions of higher learning.

Kolej Tunku Abdul Rahman (KTAR) was founded in February 1969. It was upgraded to university college status in May 2013 and renamed TAR UC.

He said although TAR UC and Universiti Tunku Abdul Rahman (UTAR) were set up by the MCA, they were never used for political reasons. He added that all the graduates could verify that TAR UC and UTAR were apolitical.

He said these institutions were professionally run, adding that Guan Eng’s decision spoke volumes of his “politics of vindictiveness”.

He said, in fact, the decision was a timely reminder that the DAP had done nothing for education except to criticise.

“What has the DAP done for Chinese education, name us one (thing)?” he asked in a statement on Sunday (Nov 25).

He said the DAP should not punish parents and students by depriving them of affordable education due to political reasons.

Chew feared Lim's action would lead to higher fees at these institutions.

on TAR UC and UTAR.

“We need to put aside politics to help Malaysians, especially those from the lower income background,” he added.

Chew said TAR UC and UTAR graduates, including the Pakatan leaders ministers, could vouch that these two institutions were not “MCA indoctrination centres”.

It was recently announced by Lim that the government would only allocate a RM5.5mil development fund for UTAR and TAR UC, instead of a RM30mil matching grant for TAR UC.

Lim insisted that both education institutions should break off ties with MCA before the government provides more allocation for them.

On Facebook, Dr Wee expressed his disappointment in the Finance Minister’s reply.

He said that TAR UC was wholly owned by the TARC Education Foundation and should not be seen as part of MCA’s assets, adding that the university college also submitted audited accounts to the Education Ministry every year.

Dr Wee also told reporters in Parliament that TAR UC might have to increase its fees to cover its operational costs. 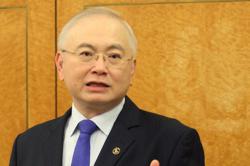