KUALA LUMPUR: He says sorry, she doesn’t want to pursue the matter further, while others want action taken and police reports have been lodged.

Such is the bitter aftertaste of a clip that went viral on Monday of a man who hurled profanities at a female beer promoter in a hypermarket.

“I sincerely apologise to the woman,” said Edi Rejang, the man at the centre of the storm.

He said he was tired from work that day and had become too emotional, which led to his outburst at the woman for giving out beer samples in the alcohol section of the hypermarket.

(The video shows him scolding her and asking whether she is promoting the beer to just about anyone, including Muslims. He also told her to speak Malay because this is “Bumi Melayu”. She is heard in the video saying “you are hilarious”.)

Edi said he had no intention of being racist towards the woman.

“I am not racist because my child studies in a Chinese school,” he said, conceding that the area was a non-halal section and he did not check first.

Calsberg Malaysia said in a statement yesterday that the beer promoter had decided not to pursue the matter.

The brewer said it was saddened by the incident, adding that the promoter was just conducting sampling activities to non-Muslims of legal purchasing age in the non-halal area of the hypermarket.

“The harassment she experienced is unacceptable. We are very proud of how she handled the difficult situation,” its managing director Lars Lehmann said.

“We respect the promoter’s decision not to further pursue the matter. She appreciates the encouraging words and support received from all parties.

“Nonetheless, she urges all parties to respect her privacy by not circulating any images, videos and personal information of her,” Lehmann said.

“Since I was the one who lodged the police report, DAP lawyers will accompany him to meet the police in charge of the case at IPD Ampang Jaya.

“Edi promised to give his full cooperation to the authorities,” he told reporters yesterday.

“We do not tolerate any act of bullying against women,” it said in a statement on Tuesday.

On social media, some Malaysians have called on others to move on since Edi had apologised.

“As Malaysians, we are magnanimous. Let’s forgive him,” said Lee Khee Chuan.

Padma Zachariah called on the people to stop being hateful.

“He has apologised. Not forgiving him will only leave him even more bitter. Time to forgive and forget,” she wrote.

Abdul Halim Ariffin said the lesson to be learnt by all is to respect one another.

But there are those who called for stern action to be taken.

“He is not sorry. He is sorry because he got caught, that’s all,” quipped Robin Benjamin Valinski.

Sarina Abdullah said the man should be charged as a lesson to others. 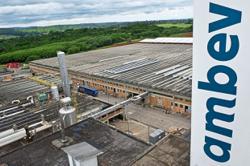