Hot heiress: Tan and Faliq’s wedding in Malaysia early this year, which included royalty among the guests and a performance by British boy band Blue, was the subject of breathless media blitz. — Photo taken from Instagram

TO say Chryseis Tan leads an “Instafabulous” life would be an understatement. Her social media posts offer a glimpse into her glamorous, globetrotting escapades, ranging from flights on private jets and luxury safari holidays in Africa to her lavish wedding this year to Faliq Nasimuddin, heir to Malay­sian conglomerate the Naza Group.

Tan hobnobs with the privileged scions of Asia’s most prominent families, including Kim Lim, daughter of Singaporean billionaire Peter Lim, and celebrities such as Michelle Yeoh, the veteran actress who played matriarch Eleanor Young in Crazy Rich Asians.

Of course, her posts provide plenty of the hottest designer handbags, clothing and accessories to gawk at, too. But Tan, the daughter of Malaysian tycoon Vincent Tan Chee Yioun – who Forbes estimates to be worth US$820mil (RM3.4bil) – doesn’t like to be called a crazy rich Asian.

One of her key roles at her father’s Berjaya Corporation, one of Malaysia’s largest companies, is chief executive officer of Berjaya Times Square, a huge shopping centre in the heart of Kuala Lumpur. She also heads some of the group’s overseas ventures, including, in Japan, the Four Seasons Hotel and Residences in Kyoto and the soon-to-open Four Seasons in Okinawa.

It has been a big year for the heiress. Her wedding ceremony and reception in Malaysia, which included royalty among the guests and a performance by British boy band Blue, was the subject of breathless media coverage. Her wedding celebration at the Four Seasons Hotel in Kyoto this weekend is likely to be equally scrutinised. Also, two weeks ago, she turned 30.

“I feel like, oh my gosh, I’m about to start in a new life direction. I’m not a 20-something any more and I’m now married, so there’s more pressure and responsibility,” she says. 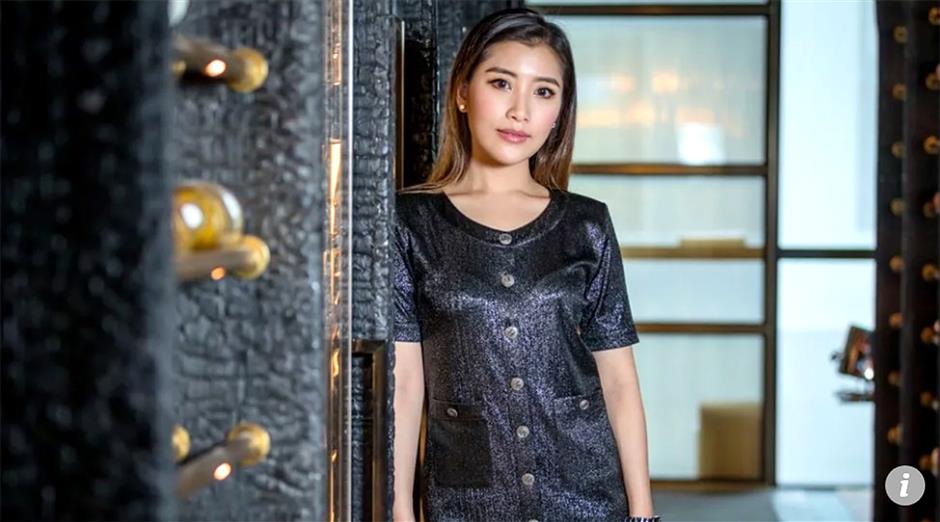 Tan: ‘If I started posting about work, I don’t think anyone would find that interesting.’ — South China Morning Post

Although Tan has turned down most interview requests in the past, preferring to let her social media profile do the talking, these days she is “more ready” to speak up.

“I have a job. I have to go to the office, but people don’t see this side of me. If I started posting about the work on my desk, I don’t think anyone would find that interesting,” she says.

“When I started about four years ago, it was just for fun as I like posting nice photos of my travels and meals. I don’t know how it gained traction. I didn’t really expect so many people to follow me, a nobody.”

That comment is a reflection of Tan’s refreshingly fuss-free candour. She arrives for the morning interview five minutes early – alone, without any minders – ready for the photoshoot with her hair and make-up already professionally prepped. There are no airs as she poses for the camera in the swanky private club, and she regularly urges the photographer to give her direction.

“I feel I am quite a real person. What you see is what you get,” she says.

As an executive director of Berjaya Assets, Tan is also tasked with expanding the group’s investment portfolio.

“I’m trying to introduce trendier concepts. I’m interested in beauty and fashion, so I’m looking out for interesting ventures in those areas,” she says. She recently secured the Greyhound Cafe franchise for Malaysia and has a third outlet in the pipeline.

As she continues to carve out her niche in business, Tan acknowledges that she has been dealt a good hand. However, she was never pressured by her father to join the family business.

“I was always interested in the business anyway. I’m really close to my family and I grew up listening to my father talk about work, so I’ve always prepped myself to join the company,” she says.

After graduating from Tokyo’s School of International Liberal Studies at Waseda University, Tan returned to Malaysia to intern in various family businesses to figure out what she had the biggest interest in.

“My father motivates and supports me and my siblings a lot. He lets me decide what I want to do and when I said my interests lie in fashion and beauty, he told me to just be persistent in whatever I pick,” she says.

That is not the only way he has helped to steer her career. As Tan tells it, she had no intention of studying in Japan.

“I wanted to go to London as all my friends were there, but my dad was like, ‘No, why don’t you go to Japan, you can learn a new culture and language?’ So he took me to Japan for a holiday to show me how amazing it is. I think he was trying to bribe me,” Tan recalls.

To sweeten the deal, he even convinced a good friend to enrol in the same school as his daughter.

“When I first went there, I hated it. I felt so suffocated as I had not yet learned Japanese. During my time, not many South-East Asians went there to study,” she says. “I almost wanted to come home, but I’m not the type to give up.” 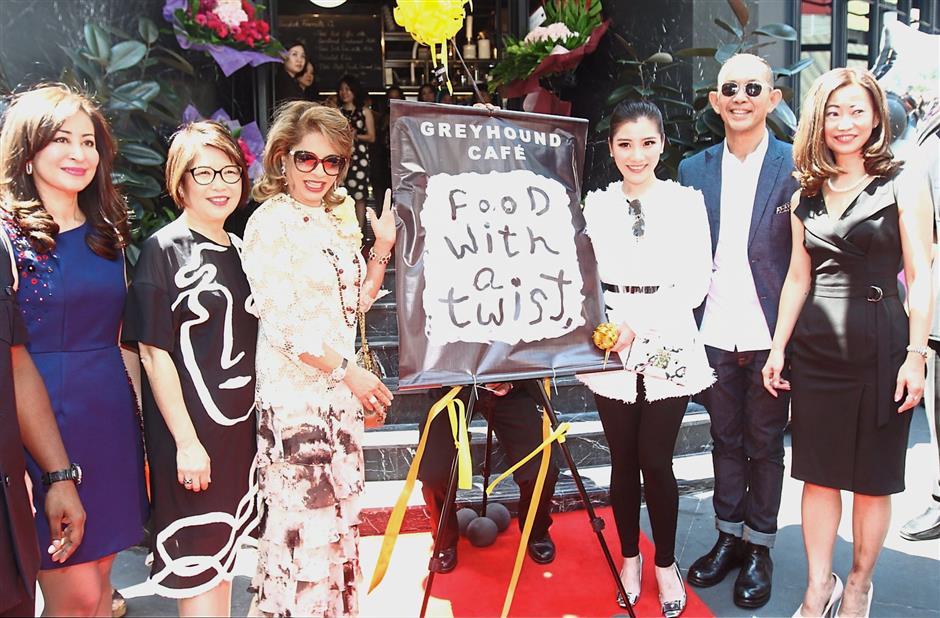 For business’ sake: Tan’s Instagram posts aim to highlight her ventures like Greyhound Cafe, which first opened in Bukit Bintang in 2016 with a grand ceremony attended by cafe founder Bhanu Inkawat (fifth from left) and guest of honour Sultanah Kalsom Abdullah of Pahang (third from left).

She eventually fell in love with the country, mastered the language and today heads the Berjaya group’s ventures in Japan, including the Four Seasons properties.

“My dad has always been inclined to look east and I’m glad I studied in Japan,” she says.

Tan looks back on those carefree college days with nostalgia.

“I had freedom when I was in Japan as I was there alone,” she says, explaining that she did not need a bodyguard because her father was confident she would be safe in Japan.

“I prefer my personal space, but my dad has always insisted that I have (a bodyguard). I find it really funny nowadays when people want to have bodyguards and even get them to walk so closely to them that they appear in photographs together.”

Just like her personal security detail, there are some aspects of her life, such as charity work, that she prefers to keep private. Few people are aware that she is a member of the Tzu Chi Foundation, an international humanitarian charity that, among other things, provides disaster relief around the world.

Tan sometimes takes part in its missions and has a soft spot for its work in education. Most recently, she travelled to Tawau in the Malaysian state of Sabah in Borneo, in support of the foundation’s efforts to build a school for stateless children in the region.

Still, the businesswoman in her won’t overlook the exposure that social media can bring. Now that she has garnered such a large Instagram following, Tan has smartly parlayed her social media fame to spread awareness about her various ventures, interspersed among pictures and videos of her lavish lifestyle.

“But I don’t feel the stress to keep posting. When I have no time and need to concentrate on work, I sometimes won’t post anything for a week or so.”

As the interview draws to a close, Tan slips off to change into something more comfortable – a Dior T-shirt and jeans – before buzzing her driver to collect her for her next appointment. It turns out she is rushing to meet her husband.

Is she thinking of starting a business venture with him?

With a coy smile, she says: “We have been talking about what we might want to do together, so actually maybe, why not?” – South China Morning Post