KUALA LUMPUR: Coffeeshop and restaurant owners in the country are objecting against the move to ban smoking on their premises, claiming that the Health Ministry is now meddling into their businesses.

Leaders of three associations, who held a press conference to announce the unhappiness of their members over the ministry’s move, said the ban will discourage smoking patrons from coming and affecting business.

MSCSPGA president Datuk Ho Su Mong said the ministry has removed the restaurant operators’ rights to make decisions on their own businesses.

“Our eateries are not owned by the city council or the government. So shouldn’t our views matter more than unrelated parties?

“We are not encouraging people to smoke. We just want the right to serve all customers,” Ho said. 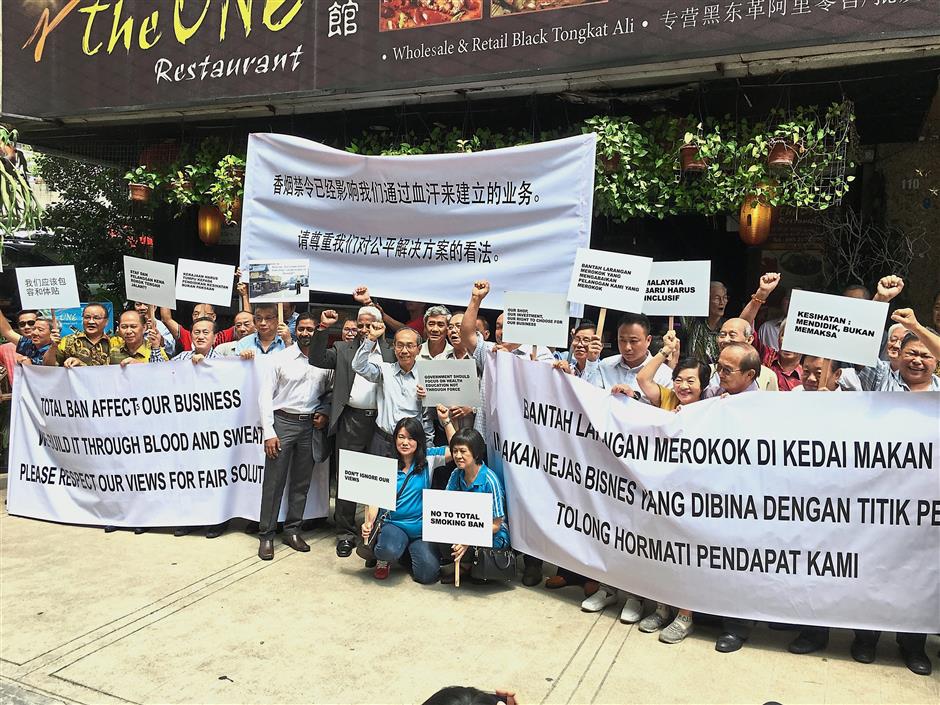 Ban on the run: Coffeeshop and restaurant owners gathering to object against the smoking ban in Kuala Lumpur.

Apart from the existing smoke-free zones in public places and government buildings, the new ruling will encompass all restaurants and eateries, including open-air hawker centres and street stalls.

“If a customer asks for a place to smoke and I tell them it’s ten feet away from our shops, isn’t that discriminating?” he said.

Primas president T. Muthusamy claimed many smokers are saying they will eat and smoke at home instead of going to restaurants if smoking is banned at the eateries.

“Has the government considered this no-smoking impact on our eateries?” he added.

Muthusamy said smoking is already banned in all public places and air-conditioned restaurants.

“Malaysia is so hot. Many eateries have air-conditioners. So why not be fair to smokers and let them smoke in open-air eateries?” he added.

Ho urged the ministry to talk with the restaurant owners to seek a fair solution.