‘Beware the guy who says you’re his little sister’

Malaysian Mental Health Association deputy president Datuk Dr Andrew Mohanraj says medicine is a vocation and not just an occupation, and that parents need to realise not every one is cut out to become a doctor before forcing the profession onto their children.

He said a child who is unattended or alone becomes an easy target for these sort of predators.

When asked how the actions of such perpetrators often go undetected for so long, he said it was usually because they claim that they are just “saying harmless things”.

“NGOs have a syndrome of denial or a ‘not in my backyard’ attitude,” Dr Abdul Kadir said.

Malaysian Mental Health Assoc­iation president Datuk Dr Andrew Mohanraj said the man who texted the girl likely did it with the intention of “establishing an unusual relationship against acc­eptable norms of society, be it sexual in nature or otherwise”.

“The paedophile never gives up and often moves from one victim to another, even if he is close to being caught.

“It becomes an obsession,” said Dr Mohanraj, who is also a consultant psychiatrist.

He said the long-term psycho-logical impact on victims has been well documented, where young adults may have “altered perspectives of normal relationships and sexual encounters”.

He said parents can take preventive measures such as early sex education, being friends with their children on social media and not posting pictures or personal data of their children unnecessarily online.

Still preying on young girls on FB after 10 years 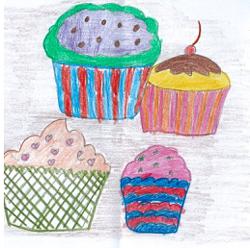 Give children wings to fly