KUALA LUMPUR: There are no plans to make marital rape a crime, says Deputy Minister in the Prime Minister's Department Hanipa Maidin.

"There  is no decision to amend the law to make marital or spousal rape a crime," he said when answering a question raised by Maria Chin Abdullah (PH-Petaling Jaya) in Parliament today (Oct 30).

He said the proposal was considered in 2006, but was rejected due to religious and evidentiary factors.

Instead, Hanipa said that Section 375A of the Penal Code was amended to make it an offence for a spouse to put fear or to use violence against his wife. 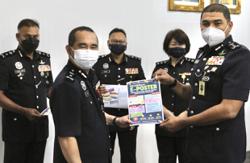