BANGKOK: Security, economy, trade and the strengthening of the Asean community will be among the main focus of Tun Dr Mahathir Mohamad’s official visit to Thailand today.

This will be Dr Mahathir’s first official visit as part of his introductory visits to neighbouring South-East Asian countries since taking office in May.

The last time Dr Mahathir was in Thailand for an official visit was during the Asia Pacific Economic Cooperation (Apec) Summit in 2003 as the fourth premier.

The visit this time will see the discussion of several bilateral and regional issues that are expected to be a further boost to strategic cooperation between both nations.

While Thailand and Malaysia have had diplomatic ties for 61 years, this official trip is expected to add momentum to the southern Thailand peace dialogue process.

“He will certainly bring this up with his counterpart and they will be keen to listen to his ideas and views.

“Of course, the rest will be up to the negotiation teams to decide,” he told the Malaysian media in a briefing yesterday.

Former inspector-general of police Tan Sri Abdul Rahim Mohd Noor, who was recently appointed to facilitate peace talks between the Thai government and Mara Patani, is among those accompanying Dr Mahathir on this official trip. 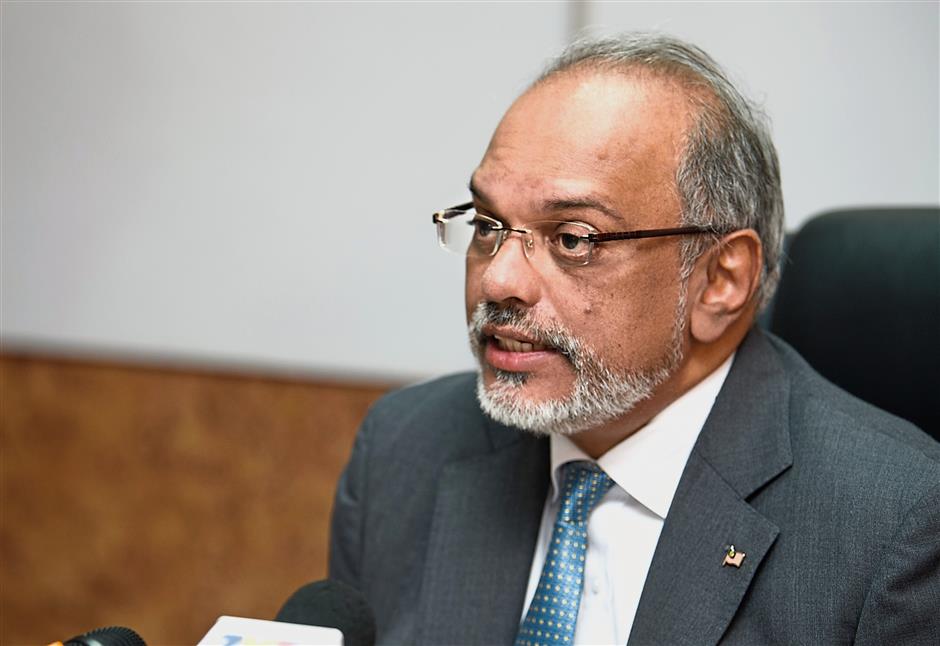 Crucial visit: Samuel said the contribution of ideas from Dr Mahathir during his visit will be even more valuable, as Thailand will be taking over the Asean chairmanship from Singapore next year. — Bernama

Apart from the peace talks, Dr Mahathir will also discuss with his counterpart on security-related matters such as smuggling and cross-border crimes.

Discussion on economic cooperation will also be the key highlight during the trip as both Malaysia and Thailand are strong trading partners.

Thailand is Malaysia’s fifth largest trading partner and the second largest among the Asean countries with total trade of RM98.69bil last year.

Dr Mahathir is also expected to give his ideas, wisdom and advice as an experienced statesman on Asean during his visit.

Samuel said the contribution of ideas from Dr Mahathir will be even more valuable, as Thailand will be taking over the Asean chairmanship from Singapore next year.

“As one of the founding countries of Asean, both Malaysia and Thailand have important roles and obligation in further developing and enhancing the intergration among Asean nations towards a stable and strong Asean community,” said Samuel.

Despite a packed schedule of meetings, visits, official dinner, joint press conferences, and interviews with foreign media, Dr Mahathir has allocated some time for a courtesy call from his old friend, General Prem Tinsulanonda.

Dr Mahathir will meet Tinsula­nonda, who is the president of the Privy Council Thailand, tomorrow.

The friendship between Dr Mahathir and Tinsulanonda goes way back to the 1980s as both were appointed as the premier of their nations then.

Dr Mahathir first took office in 1981 while Tinsulanonda was Thailand’s prime minister from 1980 to 1988.

“The courtesy call is a nostalgic meeting between two old friends. Both of them are about the same age too.

After the courtesy call, Dr Mahathir will attend a lunch as well as a question-and-answer session with the Malaysian diaspora in Thailand.

He will then speak at a public lecture titled “Malaysia-Thailand Bilateral Relations in the context of Asean” at the Chulalongkorn University.

Dr Mahathir will return to Kuala Lumpur on Thursday.