Clearing the road: Workers conducting repair works along the stretch of road where the rain tree fell at the Raintree Walk at Taiping Lake Gardens. — Bernama

IPOH: Hearts were broken when a grand old tree fell in Taiping, and the town council is pledging to take all necessary steps to protect the rest of the rain trees at Taiping Lake Gardens.

This would be done once the cause of the tree collapse on Oct 13 was determined, said Taiping Municipal Council president Datuk Abdul Rahim Md Ariff.

He estimated that there were more than 35 such trees, believed to be about 130 years old each, along the Raintree Walk.

“Immediate measures are to have propping works carried out until test results from the Forest Research Institute of Malaysia comes back,” he said when contacted yesterday.

Last week, Bernama reported about the fallen tree and many took to social media sharing their memories and photos of the tree.

“Oh no! These trees are like the icon of Taiping,” someone tweeted on Oct 15. 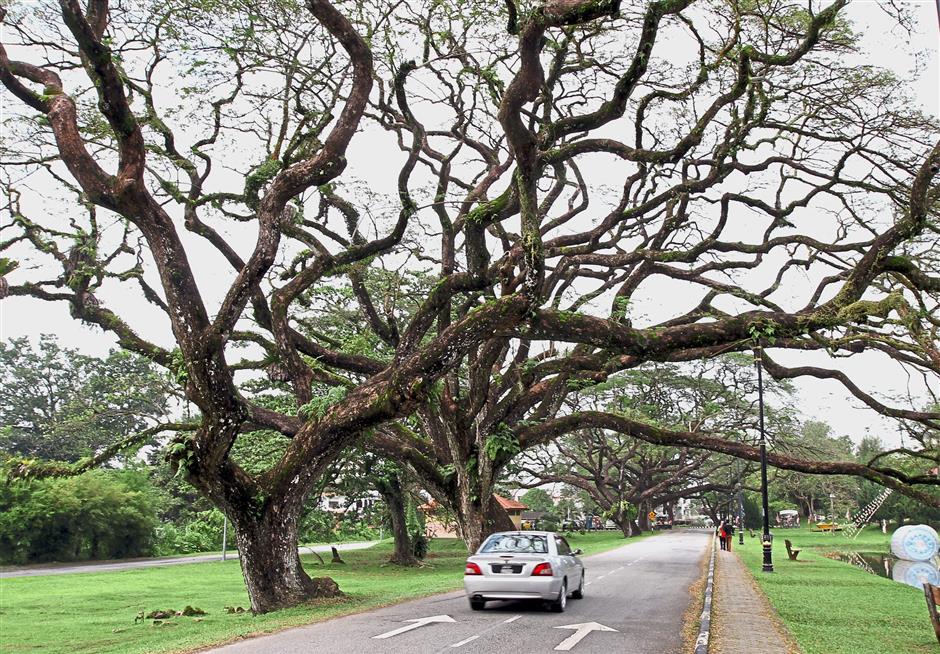 Natural beauty: Many have fond memories of the rain trees in Taiping.

Another wrote: “I used to see this tree everytime I go back to Taiping”, followed by a crying face emoji.

Local residents also spoke on how they would go there to relax and enjoy the fresh air.

Even The Guardian mentioned Taiping Lake Gardens in a write-up last year about towns in South-East Asia, saying that it was a place known for its “sprawling green grounds, lined with ancient rain trees”.

Abdul Rahim said the lifespan for rain trees was usually between 80 and 100 years.

Initial checks by an arborist on the day the tree collapsed discovered that there was a damaged root.

Samples of the root were sent for lab testing. The results are not out yet.

The collapsed tree, he said, was being treated, with the surrounding root base replaced with an appropriate ground medium.

“So once we know the cause, only then can long-term measures be taken for the rest of the trees,” he said.