PETALING JAYA: Hard choices – these two words best sum up the final judging session of The Star Golden Hearts Award 2018, which is into its fourth year. 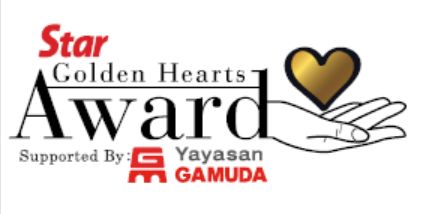 A prize presentation ceremony is scheduled to be held in Menara Star before year end after the winners are notified.

As in previous years, nominees may not even know they are in the running for the top awards.

Their nominations were submitted by members of the public who felt their work benefited society, deserving individuals including the needy and less fortunate.

Lee, who is also Eco World Foundation chairman, said most of the nominees met the eight selection criteria, making it hard for the panel of judges to come to a prompt and unanimous decision.

“We have to deliberate, give our reasons for supporting each of the winners before putting it up for a majority of votes.

“At long last, we agreed to shortlist these 10 winners as the best of the lot,” he said.

Lee said the higher number of nominees showed that the level of public awareness was on the rise and a keen interest to appreciate and recognise good deeds and selfless acts.

In 2016, there were only 56 nominees. Last year, it went up to 110 nominees while this year, nearly 150 nominees were received prior to the deadline on Sept 15.

He also lauded this initiative, describing it as a noble effort to bring Malaysians together through charitable acts, sustainable innovative ideas and voluntary service, which cut across race, creed and religion.

“I hope more firms can come forward to lend their support so that these kind of initiatives to unite the people can continue in years to come,” he said, while singling out Yayasan Gamuda for working closely together with Star Media Group to improve society.

The Star Golden Hearts Award was first mooted in 2015 to give recognition to Malaysians from all walks of life, who have acted selflessly or heroically, built bridges between communities, and promoted racial harmony and unity.