Melaka Zoo due to return to state government management

He said that the previously sealed 60-year agreement with the concessionaire has been nullified through an amicable bilateral discussion and the handing over ceremony will be held on Monday (Oct 1).

"The discussion to take over the management of the zoo went on cordially and the private concessionaire agreed to return the state government's assets to be managed by Hang Tuah Jaya Municipal Council (MPHTJ)," he said when interviewed here on Saturday.

Tey said the current 80 employees of the menagerie would be offered the chance to continue their employment.

"We hope to further strengthen the attractions of the Zoo to lure more visitors through strategic marketing,” he said.

Tey said the state government is committed to make the zoo a must-visit destination by adding more attractions.

On Aug 30, Chief Minister Adly Zahari said that the menagerie used to be among the best and popular in the country but there were many aspects that needed attention, such as well-being of animals and facility management.

Then, Adly revealed that the decision on whether or not to take over the zoo would be made after an assessment was carried out based on public report, internal technical report and auditor-general's report.

Melaka Zoo was privatised in 2013 following the handing over the management of the zoo by the Natural Resources and Environment Ministry to the start Melaka Government in 2012. 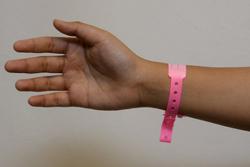