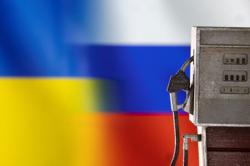 KLANG: The government should stop the import of plastic waste instead of imposing a RM15 levy for every tonne of the scrap brought into Malaysia, says the Consumers Association of Penang (CAP).

“CAP calls for a total ban on the import of plastic waste to protect public health and our environment.

“CAP is very frustrated with the Malaysian government because it does not recognise the scale of the problem,” association president S.M. Mohamed Idris said in a statement yesterday.

On Tuesday, Housing and Local Government Minister Zuraida Kamarudin said a RM15 levy would be imposed when the freeze on approved permits (APs) on plastic waste import ends on Oct 23.

The imported garbage, mostly plastic, is believed to be imported from Australia, New Zealand and the United Kingdom.

Malaysia is slowly becoming a recycling hub for foreign trash material since China banned the import of plastic waste.

Mohamed Idris said CAP had anticipated such issues arising in Malaysia after the China ban and had written to several ministries and the National Solid Waste Man­agement Department about its concerns.

According to him, the department had talked about a ruling to control plastic waste import and imposing stringent requirements on premises and import licences.

“However, the control measures and enforcement have proven inadequate, based on the pollution and mushrooming of illegal recycling factories in many parts of Malay­sia,” he said.

Fomca president Datuk N. Mari­muthu said Malaysia already had problems with domestic garbage disposal and should not take on additional trash from other countries.

“We have a clear food wastage issue in our country with people dumping it all over the place. This is threatening to contaminate our water sources,” he said.

Marimuthu said the government must take a clear stand and do what was right for the nation.

“Why talk about imposing the RM15 levy? Just stop importing garbage. Malaysia cannot be a dumping ground as we already have far too much of our own trash,” he said.

Sahabat Alam Malaysia honorary secretary Meenakshi Raman concurred, saying: “It is not about imposing levies; it is about not allowing the waste to come into the country at all.”

If other countries banned garbage import, she added, there was no reason for Malaysia to become an importer of waste.

The government’s priority should be protecting the environment and public health, she said.