"Azizah is an intelligent leader in her own right. What she said precisely was that the sexual act is haram, and that is not disputed in any Islamic text or religious texts," he said during an interview with Al Jazeera.

"I don't see a contradiction between my views and hers on this," said Anwar, who will be contesting the Port Dickson by-election in October.

"It's what you perform or you display publicly which is against the norms of the majority of Malaysians, not only Muslims, but also Christians, Hindus, Buddhists alike in this country," he said.

Dr Wan Azizah, who is also the Women, Family and Community Development Minister, had sparked criticism when, in an interview with BFM recently, she said it was "haram" or forbidden for Muslims to support the LGBT community.

Anwar, however, made the point that Malaysia's laws against sodomy were archaic and should be amended.

"It is completely unjust because one can be just accused, and without any proper evidence, as in my case clearly. What's important is if we have a case against homosexuality, then it must be done in a transparent manner," he said.

The PKR president-elect said the laws should be amended to ensure there was justice in the process.

Anwar himself has been convicted of sodomy in the past, but was given a full pardon by Yang di-Pertuan Agong Sultan Muhammad V on May 16. 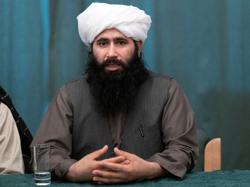