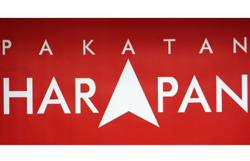 PKR president-elect Datuk Seri Anwar Ibrahim, in a statement issued by his office, said his lawyers had received the affidavit signed by an officer in the AG’s Chambers on Thursday morning.

The affidavit, signed by Siti Rahayu Mohd Mumazaini, the special officer of the AG’s Chambers, said two cheques were deposited into Shafee’s CIMB Bank account on Sept 13, 2013 and Feb 17, 2014.

“The information was obtained by the Malaysian Anti-Corruption Commission (MACC) after the issuance of an order obtained under subsection 44(1) of the Anti-Money Laundering, Anti-Terrorism Financing and Proceeds of Unlawful Activities Act (AMLA) to freeze Shafee’s CIMB Bank account,” Siti Rahayu said.

Anwar said Shafee served as the special prosecutor in the appeal against his acquittal beginning in July 2013 until the case concluded at the Federal Court in February 2015.

“I maintain that Shafee should never have been allowed to prosecute the appeal in the first place,” he said.

In 2017, Anwar filed two suits – the first was to quash his sodomy conviction on the ground that the court did not come to a just decision as Shafee was said to have received money from Najib.

The other suit was to compel Shafee and Najib to reveal bank account transactions between August 2013 and March 2014.

Anwar filed the suits following allegations that RM9.5mil had been transferred to Shafee from Najib’s private account.

“I ask those responsible for safeguarding our institutions to consider corrective steps that must be taken to give all Malaysians and the entire world confidence in the integrity of our legal system,” he said.

Anwar pointed out that in the new Malaysia, the people must be uncompromising in their commitment to the rule of law and to re-establish credibility of the judiciary and the legal fraternity.

“These abuses of power should not be allowed to continue and there must be accountability,” he added.

It was reported that Shafee had previously dismissed the allegations about him receiving RM9.5mil from Najib as “nonsense”. 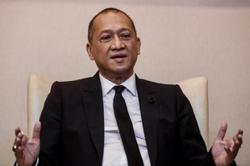 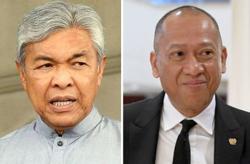