Resilience is a powerful trait as it speaks of the power of hope. The resilient are usually optimists. They may stumble and fall, but they always pick themselves up afterwards.

“People are seeing a new degree of vibrancy and confidence,” he says.

“Hope means many things. It could be happiness, wealth, (the struggle for) fairness and justice, or equality. The greatest thing this new government has done is to give all anak-anak Malaysia (children of Malaysia) hope.

“That does not mean the problems of the past will go away. There are debts and the infrastructure could be better but if there is hope, there will also be the resolve needed to overcome such challenges.

“The beauty of the human spirit is that it seeks solutions and in the process, it grows,” Liew, 60, says.

He notes that Malaysian tycoons such as Robert Kuok and Teh Hong Piow of Public Bank exemplify such hope.

“Kuok left the country to build an empire overseas, but if we can show people like him that this country is full of potential and he comes back to invest, foreign direct investments will pour in,” Liew points out.

Meanwhile, Teh went from a humble clerk to becoming the founder and chairman of Public Bank.

“Hope is created through image and execution,” says Liew.

The following are Liew’s thoughts on what Merdeka means to him.

The new Malaysia and Ecoworld

Just as the new government is trying to build a more resilient Malaysia, the other seniors in Ecoworld and I are building a company.

When I worked as a bank officer, I heard about a company which grew from less than RM100mil to RM3bil. The founder died and there was no management system. The son was not trained in business, so the empire fell.

It is important to have both entrepreneurial and professional skills. Entrepre­neurial skills refer to the can-do spirit. Profession­alism refers to education. For a company to succeed, you need both.

Banks and analysts tend to focus on risks. But if I, as an entrepreneur, just sit around and wait, nothing is going to happen. With risks come rewards.

Did you ever lose hope?

I am an optimist. I was weak when I lost SP Setia. I had always believed that if I ran a company well, my shareholders would appreciate me. Did I give up at the time? No.

I started again from scratch. Five years later, here we are. We have 15 projects in London, 22 in Malaysia and a couple in Australia.

This company is only five years old. It needs to go through cycles. Today, Ecoworld is anchored by seniors like me, Datuk Chang Khim Wah, Ecoworld International (EWI) president and chief executive officer Datuk Teow Leong Seng and Datuk Voon Tin Yow. But the energy comes from the younger ones who will one day move up.

My son Tian Xiong, at 27, has never experienced a crisis. He is smarter than I was at 27 and is already doing big things.

But there is a need to institutionalise systems and standard operating procedures. The younger ones will take over, mature and take the company further. Only then can this company consider itself successful. For now, there are still many things to be done.

In that sense, this year’s Merdeka represents a lot of hope for us. Ecoworld is working towards a goal because we have hope and want a bright future for the coming generations. Our job is to build a company that can last through the times.

Why Britain with Brexit going on?

Since the Leave vote in 2016, Ecoworld has become even bigger in Britain. From three high-end projects, it added another 12 mid-priced range projects last year. Britain has a system of laws. There is protection of individual rights and religious freedom.

There are issues but if your money is properly earned, it will be safe there. Britain will do well because the fundamentals are there.

Institutions are also safe there. Malaysia must institutionalise justice, equality and freedom of the individual. Whether we go through good or bad times, we do not lose hope because the fundamental rights of the individual are protected by the rule of law.

We saw an opportunity in the mid-end segment involving Britain’s Help-to-Buy and Build-to-Rent schemes. The government aids the buyer by lending him up to 40%, which means the government owns 40%. The buyer cannot sell within five years. If he does, he pays back that 40% to the government. After five years, the buyer pays back gradually.

The biggest factors in Build-to-Rent are location and connectivity. We target starter families, singletons and people who do not have that initial deposit.

The working class wants to rent, not buy. The youths voted to remain because they can work anywhere in Europe while the older people voted to leave. We saw the opportunity to go into this segment by securing a fund to buy over the units.

The good thing about this country is that if you are resilient, you will be fine. If you are spirited enough, you will look for opportunities despite the obstacles. Only then will Malaysia be the country for you.

You must maintain your brand. If you cannot make your fortune here, then make it in Hong Kong or other parts of the world.

I am a graduate of Universiti Malaya. When I went to Britain, people thought I studied there although I had never set foot in Britain until I was 28, as a tourist. My father was a poor lorry driver. His advice to me was to always do things properly.

If you have integrity, people will support you. The most important thing is to trust yourself.

It boils down to teamwork. When I took on Willmott Dixon Holdings Ltd projects to develop 12 sites, I spoke to every staff member. I asked for a new business plan to be ready in one month. After that month passed, I flew there again. They said the plan was not ready and asked for a month-long extension.

After three months, we were ready. I threw them a new challenge. Our management structure is like this, with Ecoworld class and Key Performance Indicators.

The first batch of the 20 most senior staff spent one week here. It would be cheaper if the trainers went there, but it would not be the same. I spent two hours with them over lunch and they were with my staff the rest of the time.

Individually, they are strong. Imagine how much stronger they could be if they were put into one fighting machine.

The biggest risk is over. Battersea will be fine. The question is, what sort of brand will it create? Will it be able to brand value?

My daughter is an architect student in Lon­don. She has been told that Battersea is ugly architecture.

There are two issues here: the spirit of architecture and finding value for a project. If you leave it, it will still be derelict, so you have to do something about that. Hopefully, there will be a strategy going forward for that site.

When I invested in Britain in 2011, I was 53. The first phase of 864 units was sold in three weeks, thanks to the support of partners the Employees Provident Fund, Sime Darby Group and the government. 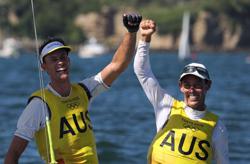 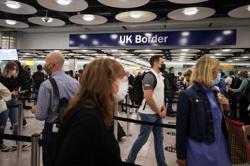