LGBT activist: What is 'political suicide' compared to actual suicide? 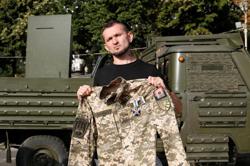 In a Facebook post on Friday (Aug 17), Pang condemned the comparison between "political suicide" and actual suicide, and described how difficult it was to be part of the LGBT community in Malaysia.

"Instead of funding research on LGBT mental health and suicide and improving resilience, the Government is funding institutes on 'curing' LGBT people.

"We are told: Stop being LGBT and you will be fine.

"You tell us to keep things private, but you have done nothing to help our families accept us. Instead you teach them to correct us and bully us into conforming," he wrote.

Pang said "social stigma" isolated the LGBT community and made them vulnerable to depression.

"When their mental health takes a dip, it simply spirals inwards, sucking them into a darkness from which they may not emerge," he said.

Pang added that he was "tired" of politicians saying that they couldn't speak about LGBT issues because it would be "political suicide".

Touching on actual suicide, he said "it is what LGBT youths are actually contemplating" due to the "homophobia and transphobia" they face in Malaysia.

On Friday, hours before Pang's Facebook post, reports emerged of a man being arrested in Seremban for allegedly assaulting a transgender woman.

So far today (Aug 18), the victim's condition is still unknown.

Earlier this month, Pang and fellow activist Nisha Ayub had their portraits removed from the month-long "Stripes and Strokes" exhibition at the George Town Festival by Minister in the Prime Minister's Department Datuk Dr Mujahid Yusof Rawa.

Dr Mujahid said it was because the portraits were "promoting LGBT activities", and this was not in line with the Government's policies.

Both Nisha and Pang were portrayed holding the Jalur Gemilang in prints.

"Stop comparing your political career to actual suicides if you are just making excuses. There are people so marginalised that the very people who should protect us won't.

"Tell me, how is a marginalised person supposed to deal with hearing that they are like poison to your careers?" said Pang in the same Facebook post.