Khairy arrived at the Sentul police headquarters at 2pm on Thursday (Aug 9). He lodged the report before making his way to see the investigation officer.

Speaking briefly to reporters after leaving the building at around 3.10pm, Khairy said he lodged the report so that the police would investigate the matter.

"He (Lim) alleged that the previous government had robbed RM18bil in GST refunds.

"This implies that a crime has been committed and when I asked the Finance Minister if any action would be taken, he said an internal investigation would be carried out.

"I don't think that is sufficient which is why I lodged a report with the police today. 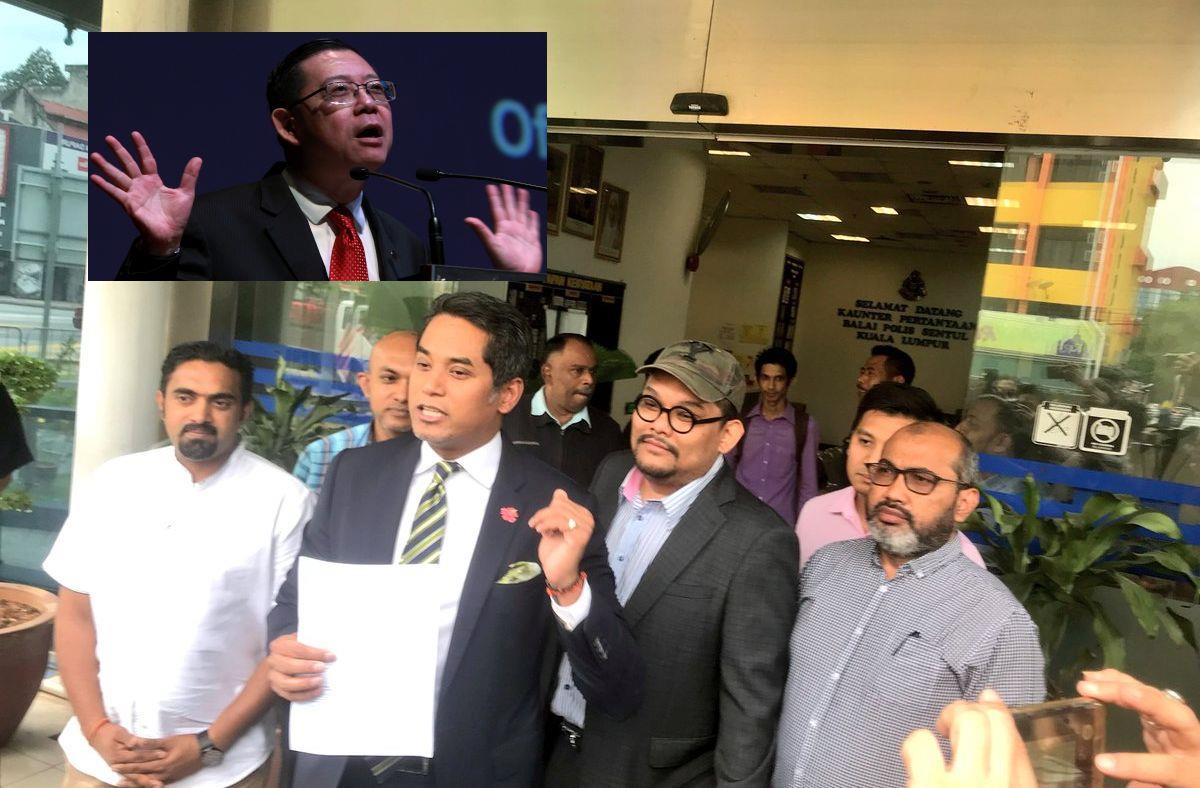 "I will lodge a report with the MACC (Malaysian Anti-Corruption Commission) tomorrow (Aug 10)," Khairy said.

He is expected to give a press conference at the Parliament building lobby later.

Earlier, in a series of tweets, Khairy said he wanted an open investigation over Lim's claims that RM18bil of GST tax refunds had been "robbed", and for any guilty party to be brought to "justice".

To "nudge" this probe along, the former Youth and Sports Minister said he will lodge reports with the police and the MACC.

On Wednesday (Aug 8), Lim claimed some RM18bil of the RM19.4bil input tax credit (refunds) under the GST system since 2015 had been "robbed" by the previous Barisan Nasional administration.

Khairy said, “I do not think an internal inquiry by @MOFmalaysia is sufficient when a serious allegation of misappropriation or 'rompakan' (robbery) has been made."