For this year, the department had recorded 10 cases as of July 22.

The department has also received 18 symptomatic (showing symptoms) and 24 asymptotic (a person with the carrier of the disease but showed no symptoms) cases of cholera.

Cholera is caused by bacteria in food and water, and can be spread via unhygienic food or water intake, as well as through the vomit or stool of an infected person, Dr Rundi said in a statement yesterday.

Once infected, the incubation period for the bacteria is between several hours and five days.

More severe cases can lead to death, due to acute dehydration which in turn causes complications, including kidney failure and disruption to blood circulation.

Dr Rundi urged the public to keep their surroundings, food and water clean at all times.

The deadline was extended in response to calls for a longer grace period. He said PTPTN was committed to implementing the Pakatan Harapan government’s GE14 manifesto to allow fresh graduates who earn less than RM4,000 to delay settling their loans.

On July 22, it was reported that borrowers who have accrued an outstanding balance after the one-year grace period to update their personal information would have to do so by today or it would be understood that they do not wish to delay their repayment.

The information was to help PTPTN identify those who earn less than RM4,000.

Borrowers can update their information on the corporation’s official portal, www.ptptn.gov.my, under “Pengemaskinian Maklumat Pendapat”.

He said borrowers could check their account numbers via the PTPTN Careline 03–2193 3000 but are advised to do so during off-peak hours.

They can also send a WhatsApp message to the number or access the online statement on the PTPTN portal, e-mail, call or visit a PTPTN office, or contact PTPTN through its official new media channels. 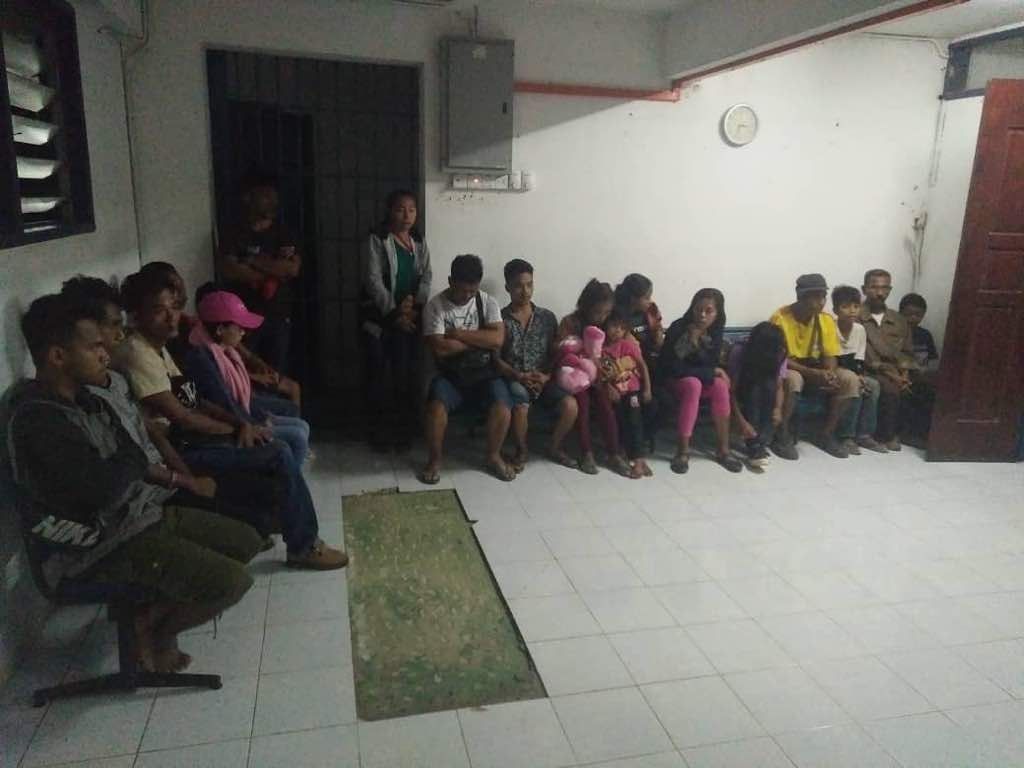 KOTA KINABALU: Two Malaysians have been arrested for smuggling immigrants from Indonesia into Tawau.

The two, 24 and 38, were arrested together with 13 Indonesians during an operation conducted by the Eastern Sabah Security Command (Esscom) in Kalabakan, Tawau, early yesterday.

Esscom commander Datuk Hazani Ghazali said a van was stopped for inspection and none of the occupants inside had any identification documents.

He said the immigrants, aged between four and 58, arrived on a boat at about 9pm on Tuesday. They then boarded the van, which was supposed to head to Keningau. “Firemen found the body inside the burnt building,” he said.

The deceased was identified as Catherine Janet Tawi. She had recently graduated from the training college in Miri.

Law said eight people were staying in the quarters. The others managed to escape.

GEORGE TOWN: Police seized various types of drugs worth RM462,000 during a raid at a house in Taman Seri Segar in Butterworth.

In the operation conducted on Monday at 4.45pm, the police also arrested two men aged 42 and 51 and seized a car, two motorcycles and RM2,500 in cash.

“The drugs could destroy the lives of at least 2,000 Malaysians,” he said yesterday.

DCP Roslee said the two suspects have been remanded until Monday.

GEORGE TOWN: A Bangladeshi hotel worker is remanded for 14 days after he allegedly molested a female housekeeper at a hotel here.

The 24-year-old victim claimed that the man attempted to outrage her modesty when she was cleaning a hotel room.

She claimed that the suspect had previously committed a similar act by hugging her.

“She did not take action then because she was scared and this was the first time such an incident had happened to her,” he said.

He said the case is being investigated under Section 354 of the Penal Code and Section 6(3) of the Immigration Act 1959/63.