The former prime minister's arrival was greeted with chants of "Bebas Najib" (Free Najib) by his supporters here.

He was accompanied by his wife Datin Seri Rosmah Mansor. 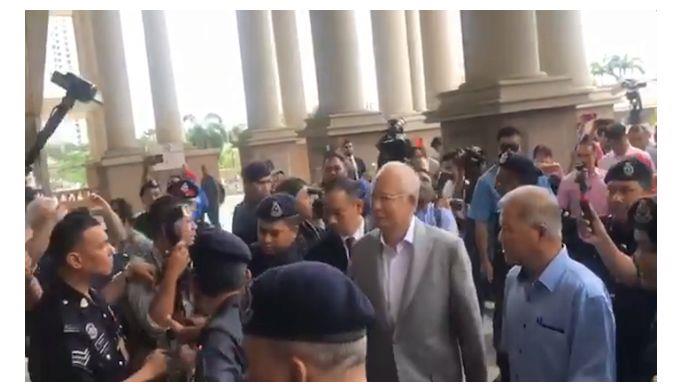 Actress Ellie Suriyati was among Najib's supporters spotted at the court complex ahead of the arrival of the former premier.

On Wednesday (July 4), Najib was charged with three counts of criminal breach of trust and one count of using his position for gratification as part of a probe into money missing from state fund 1Malaysia Development Bhd (1MDB). He pleaded not guilty to all charges.

The charges are related to the RM42mil that allegedly went from SRC International, a former 1MDB unit, into Najib’s personal bank accounts.

Bail was allowed for Najib and set at RM1mil in cash in two sureties.

Payment of the bail was allowed to be made in two instalments and Najib left the court complex after paying RM500,000 with the remainder to be paid on Monday.

Najib also had to surrender both his passports.