KOTA KINABALU: Children's rights groups and activists from all over the country are calling for a ban on child marriage in Malaysia.

The Child Rights Civil Society Organisations Group (CSCG) said in a statement Sunday that child marriage was totally unacceptable anywhere in the world.

“No exceptions. It is not in the best interests of a child whose rights to health, education and protection are likely to be jeopardised as the child's focus shifts from completing school to domestic duties and parenthood,” said the group.

It urged the government to take immediate action to ban child marriage by setting the legal minimum age for marriage at 18, and to fulfil what was promised in the Pakatan Harapan Manifesto on the issue.

This came following the recent marriage involving an 11-year-old girl to a 41-year-old Malaysian man, who already has two wives and six children in Gua Musang, Kelantan.

The CSCG said such a situation was not acceptable and against the basic principles of the Convention on the Rights of the Child (CRC) to which Malaysia is a signatory.

The group said as a party, Malaysia has to take effective and appropriate measures to abolish traditional practices prejudicial to the health of children.

"We ask the Pakatan Harapan Government to urgently do a complete review on child development and protection support systems which has more often than not failed our children.

“We urge the Government to work with and listen to NGOs as we exist to complement and support the Government to address serious gaps in the implementation of policies and laws for the protection of our children, both citizens and non-citizens,” the group said. 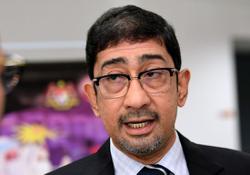 Minister: Progress made in assisting children at risk