Kit Siang: Anti Fake News law must be scrapped, but …

“We should repeal the Anti Fake News law as it was passed not to fight fake news but to institutionalise and protect the 1Malaysia Development Berhad (1MDB) scandal,” he alleged.

He also claimed that the law was passed as a “repressive tool to curb news related to the 1MDB scandal”.

However, “there is a need to fight fake news, be it on social media or published in mainstream media. Fake news must not be allowed to continue unchecked,” he told reporters at a press conference here Wednesday (June 20).

On Tuesday, Lim said that Malaysia needs such a law but added that it must be developed by the media and civil society, according to The Malaysian Insight.

The news portal quoted him as saying that he supported such a law, but was opposed to the one passed by the previous Barisan Nasional government as it was not in the people’s interest.

His comments had come during a visit to the office of Tamil newspaper Tamil Malar, where he was accompanying Human Resources Minister M. Kulasegaran.

On Wednesday, Lim again urged legal experts, media practitioners and civil society to look again into the issue of fake news to see if there was a need for new laws or whether existing laws could be amended.

He denied that his call for laws to check fake news was a u-turn by Pakatan Harapan, citing a recent commentary in a Malay daily as an example of fake news where the writer claimed that DAP wanted to do away with the nation's royal institution.

The Anti Fake News Act was pushed through by the Barisan government and passed in Parliament on April 2 despite protests from Pakatan lawmakers.

The Act was gazetted nine days later with a Danish national being the first to be punished under the new law, over a YouTube video he had posted regarding the shooting of a supposed Hamas member here.

Prime Minister Tun Dr Mahathir Mohamad is also being investigated under the same law over his claims that the private jet he was using had been sabotaged to prevent him from spearheading a ceramah during his election campaign. 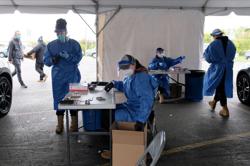 'Not fake news:' COVID-19 cases surge in Wisconsin, Trump to campaign there 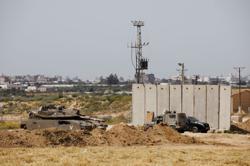