Malaysian websites with ‘.my’ domains affected as Mynic hit by glitches

PETALING JAYA: All Malaysian websites whose addresses end with the ".my" domain, including The Star Online, will be experiencing difficulties after the domain registrar was hit by a technical glitch.

Mynic Berhad, the sole agent responsible for the domain, confirmed it was suffering a technical issue.

"We are working hard to resolve this issue as soon as possible. More details will be issued from time to time," it said on Twitter on Saturday (June 16).

Lowyat.net had earlier reported that the Domain Name System (DNS) servers responsible for ".my" domain names seem to have gone offline.

"This means that all .my domains will be virtually inaccessible across the World Wide Web," the technology news portal added.

In the past few years, it has been hit by similar issues, with its own servers being compromised. This allowed hackers to redirect all website access to fake sites.

The most widespread attack was in 2012, affecting the Malaysian websites of multinationals such as Dell, Microsoft, MSN, Skype, Bing, Kaspersky, YouTube, and Google. This was followed by another attack in 2013, this time affecting the Google Malaysia website only.

In 2015, Mynic's servers were again compromised, this time affecting the Google Malaysia and Yahoo Malaysia websites.

In all these cases, MCMC said it would investigate the breaches.

> Domain registrar Mynic is experiencing technical difficulties, which is affecting access to all websites ending with the ".my" domain, including The Star Online. Until that matter is resolved, we will be posting some of our stories on our FB page 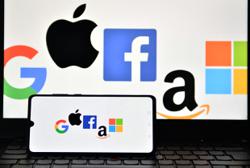