PETALING JAYA: A new two-part R.AGE documentary explores the plight of Rohingya refugees, many of whom are camped along the banks of the Naf river, which divides western Myanmar and south-eastern Bangladesh.

In an episode that launched today, Interview With A Rohingya Extremist, R.AGE reporters met a man who claimed to be a high-ranking member of the Rohingya militant group Arakan Rohingya Salvation Army (ARSA).

The group, which used to be called Harakah Al-Yakin, claims to fight for the rights of the Rohingya community through armed resistance against the Myanmar military. Around a million Rohingyas have been forced to flee Myanmar, driven out by violence, rape and murder.

Some, however, stayed to fight.

“The villagers rose up because they couldn’t take the abuse and mistreatment any more,” said the man, who chose to remain anonymous.

“They stood up (for themselves) with anything they could lay hands on, like knives or swords, to defend themselves when they (the Myanmar forces) come to kill them.”

R.AGE senior producer Elroi Yee interviewed him as part of the documentary, which also explores the condition of refugee camps in Bangladesh.

“Stories of the violence inflicted throughout the course of this conflict are already well documented by many journalists, some of whom risked their lives to do so.

“Instead of re-telling those stories, we simply documented our two-day experience in the area, as starkly as possible. We hope audiences feel like they went on the journey with us, and that will help them understand the gravity of the situation there.”

“We need to realise that as members of the international community, Malaysians too have a humanitarian responsibility to this community.” An estimated 900,000 Rohingya refugees live in densely populated camps. Over half of them are children. Overcrowding and a lack of clean water leaves them vulnerable to cholera and diarrhea: almost half of recorded cases involve children under five.

Yee and R.AGE reporter Shanjeev Reddy also visited the Rohingya refugee camps along the Naf River, the natural border between Bangladesh and Myanmar. For decades, Rohingya have fled from Myanmar across the river to Bangladesh, seeking asylum from violence committed by the Myanmar army.

Refugees interviewed by R.AGE spoke about the reasons why they had to leave the country they still consider their home, and how some still try to cross the border to return home in spite of the dangers.

But while Bangladesh is a safe haven, life isn’t easy for the refugees.

An estimated 900,000 people - over half children - live in makeshift bamboo huts. According to children's rights NGO Save The Children, a further 48,000 babies are estimated to be born in the camps this year.

In such overpopulated conditions, clean water is a problem. Water pumps have been installed by NGOs, but recent studies have shown that up to 62% of the water available to households may be contaminated with E.coli, which causes outbreaks of acute watery diarrhoea. Almost half of all recorded cases affected children under the age of five.

Ashik Rahman, activist and founder of Migrant88, and a team of volunteers raised funds to set up communal toilet systems and water storage tanks in the camps.

“The first time I entered a camp, I felt like I was in a Bizarro World where the fundamental human values I grew up with didn’t exist,” he said.

“Some people had less than half a litre of water to drink a day, wells were set up without proper water sources, and latrines were too shallow. So we decided to build proper toilets, and provide water tanks that can be moved to new settlements, if the need arises.”

These efforts are part of a collective move by international NGOs to improve the water, sanitation and hygiene infrastructure in these camps in order to stave off outbreaks of cholera and diarrhea.

“No one can choose where to be born,” said Ashik. “We won the birth lottery - I was born to a wealthy family in Bangladesh, you were born to a family in Malaysia. So for those of us who have had the good fortune, we should help those who did not.”

* R.AGE launched its two-part documentary on Monday. Watch the videos at fb.com/thestarRAGE 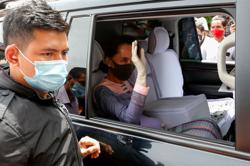 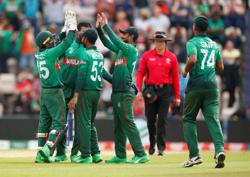