Nur Ashikin, who joined his firm in 2009, said he was one of the “best bosses” she had worked with because he cared for the well-being of staff.

She remembers expensive meals, holidays and money for special occasions such as Hari Raya or when an employee had a new baby.

“I even got a fat cheque as my wedding gift and the bosses came all the way to Kuantan,” she wrote on her Facebook. 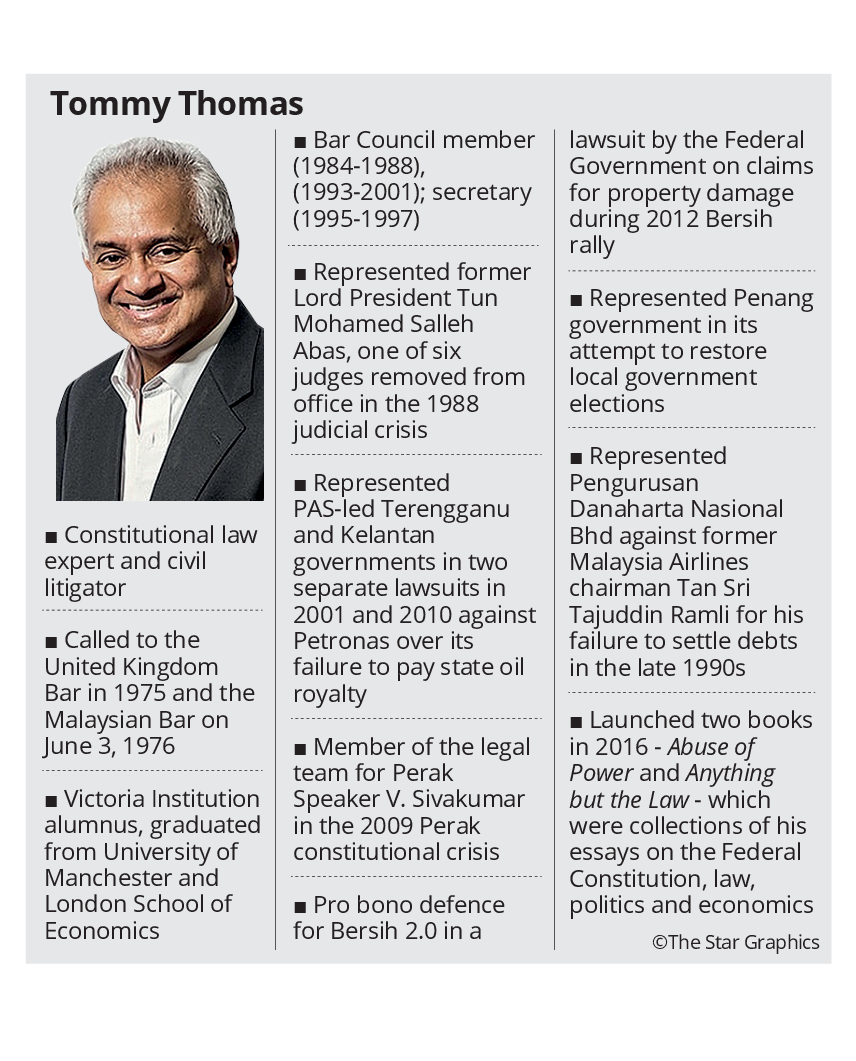 She said Thomas does not tolerate indiscipline and is very punctual.

Although cases start at 9am, she remembers panicking whenever she reached court after 8.30am because Thomas would be there by 8am or 8.15am.

“He never let the phones in the firm ring more than three times and he always promptly updated clients about their cases,” she recalled.

Nur Ashikin left to start her own firm in 2013 and believes her experience with Thomas has made her a better litigator.

Thomas, she added, is also a voracious reader, describing his library at home as “a small state library”.

Thomas also focused on public interest litigation to help those who were cheated, aggrieved or poor, said Nur Ashikin.

She said many of these case were done pro bono.

“(Thomas) said someone has to fight for this lot, although from the start we were almost certain how (the cases) would end (not favourably). Still, the firm absorbed all the costs,” she said.