In a post on Sultan Ibrahim's official Facebook page, His Majesty uploaded a picture of his mother with the words "Al Fatihah".

"June 1, Friday. Al-Fatihah. Will miss you tok," he said in the caption of a black and white picture of himself and Khalsom.

He said that the state flag will be flown at half-mast to mark the passing of Enche' Besar Hajah Khalsom Abdullah, starting Saturday (June 2) until the burial ceremony.

"Enche' Besar Hajah Khalsom Abdullah's body will be placed at Istana Besar for members of royalty and the public to pay their last respects before burial at the Mahmoodiah Royal Mausoleum," Abdul Rahim said in a press conference at Sultan Ibrahim building in Bukit Timbalan here.

He said a semi-state funeral will be held for Enche Besar Hajah Khalsom, adding that no media would be allowed into Istana Besar and the Royal Mausoleum.

He said the Johor Royal Court Council will provide an update as to when the public can pay their last respects and the burial ceremony. 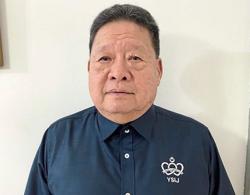