Robert Kuok: Trust the CEP, they are excellent people

“It consists of very fine Malaysians. I happen to be living in Hong Kong so I don’t attend [the meetings] too often," he told reporters after his first meeting with CEP.

On his view about the new government, he said, “all of us wish our country well and we hope the people are taken care of.”

“I am here on the invitation of PM and Daim,” he said, responding to a question on his role in the CEP.

Kuok has returned to Malaysia to attend his first meeting with CEP on Tuesday (May 22) morning, Bernama reported.

Kuok was named as one of the five members in the new CEP, three days after Pakatan Harapan toppled the Barisan Nasional government.

When approached after the meeting, Daim said the discussion revolved around the fuel subsidy.

He clarified that Tun Dr Mahathir’s statement on the RM1 trillion national debt was not discussed.

Asked if any decision on the issue of highways tolls had been made, Daim simply said representatives from the UEM Group and the Employee Provident Fund (EPF) will be meeting CEP again next week.

Meanwhile, Dr Jomo said he would only speak to the press after the first 100 days were over.

Council members also met with officers from the Ministry of Domestic Trade, Cooperatives and Consumerism, Ministry of Finance, Bank Negara Malaysia and the Economic Planning Unit. 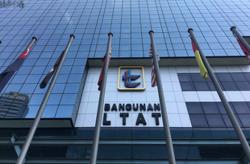