Media freedom will be a priority, says Gobind Gobind Singh Deo chairing his first meeting with officials from his ministry this morning.

PUTRAJAYA: Enhancing media freedom, the formation of a media council and a review of current laws will be the main focus areas of the Communications and Multimedia Ministry.

Its newly-minted minister Gobind Singh Deo said the Pakatan Harapan Government is fully committed towards building a system where media reporting is done without fear or favour.

“Criticisms are welcome – we want to move forward and want to know honest opinions.

“Reporters can come and see me, to see how we can move forward,” Gobind told a press conference on Tuesday.

He said in order to uphold press freedom, certain laws need to be looked into, such as the Anti-Fake News Act 2018.

Gobind said he has asked the Ministry's legal department to form a team to look into the Act immediately.

There are also other laws that needs to be looked into such as the Printing Presses and Publications Act, the Sedition Act, the Communications and Multimedia Act 1998, and areas in the Penal Code which restrict freedom of speech.

On the setting up of a media council, Gobind said he will discuss the matter with Prime Minister Tun Dr Mahathir Mohamad before moving ahead.

“Discussions are ongoing on the proposals and how it should be formed, who it should consist of, and its terms of reference.

“The most important is to deliver at the end of the day,” said Gobind, who clocked in at his ministry at 8.15am Tuesday morning. 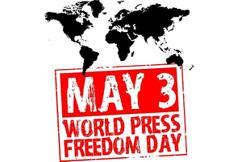