By STEPHANIE LEE and FATIMAH ZAINAL

Pairin said Musa, who is Sabah Barisan chairman, will be joining his party.

"There is an indication and the form has been sent to him," he told reporters at the PBS office near here Saturday (May 12).

On PBS' new direction, he said it is to form Gabungan Bersatu with Sabah STAR, which has two assemblymen.

He said the move is being made to "lift the spirits and aspirations" of Sabahans.

"At both federal and state government level, it is clear that Barisan is no longer viable," said Pairin.

However, he said PBS would continue to support Musa as Sabah's Chief Minister.

"The state government formed on May 10 is a legally-constituted government elected for the people, by the people in accordance with the state constitution.

"PBS and its elected representatives will continue to support and endorse Musa as the Chief Minister of this government," he said.

Pairin said all the political parties should accept and respect the legally-constituted government and any attempt to "dethrone" the Chief Minister should be stopped.

Asked if Parti Warisan Sabah president Datuk Seri Mohd Shafie Apdal would be sworn in as the new chief minister by Yang di-Pertua Negeri Tun Juhar Mahiruddin at 9.30pm tonight, Pairin said there was already a Chief Minister who had been sworn in.

Soon after the elections, Barisan had a slim majority of 31 seats (out of 60 seats in the state assembly) together with Sabah STAR (which contributed two seats).

However, six Barisan assemblymen crossed over to Warisan on Friday (May 11), barely 24 hours after Musa was sworn in.

Pairin said the "leapfrogging" habit must be put to a stop, as it disrupted democracy and was "a bad influence to the young".

"The YB trading or political leapfrogging from the government's party to the opposition to cause the downfall of the government must be stopped at once.

"What is happening today is the repeat of the PBS political fiasco in 1994.

"When are Sabahan leaders going to grow up?" he asked. 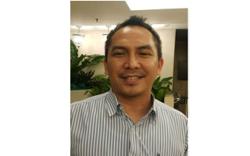 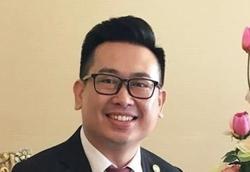