JOHOR BARU: Two cousins, aged four and five, drowned while playing in a recreational pool as their families were having a picnic at Lata Sri Pulai near Pekan Nanas, Pontian.

“Family members rushed them to the Pekan Nanas Health Clinic which referred them to the Pontian Hospital where they were confirmed dead,” he said in a statement. — Bernama

Blackouts at polling centres due to wiring

In a statement, Tenaga Nasional Berhad said the relevant authorities were able to fix the problem and restore the power supply.

Only four of the 6,000 polling stations had disruption of power but they were all restored within an hour.

TNB, had also mobilised a task force to monitor and ensure that the electricity supply remained stable.

A total of 165 sets of mobile generators were stationed at the vote counting centres, which did not face any power disruption while 240 portable power units were used in certain centres. — Bernama

Another rabies case detected in Kuching

KUCHING: Another case of rabies infection on a person has been detected, bringing the number of cases to 10 since the outbreak of the disease in Sarawak in July last year.

A three-year-old boy, who is a foreigner, is in critical condition, said Health director-general Datuk Dr Noor Hisham Abdullah.

He added that the boy, who arrived here with his mother in September last year on a social visit pass, was bitten by a wild dog at his home in Kampung Sandong here last month.

“The boy was taken to a government health clinic where he was given an anti-tetanus injection and advised to seek further treatment at a health facility,” said Dr Noor Hisham in a statement.

On May 3, the boy was sent to the Emergency and Trauma Department of the Sarawak General Hospital following bouts of high fever and signs of anxiety and confusion.

“His clinical samples were sent to the Medical Research Institute on May 8 and tested positive for rabies,” he said.

Dr Noor Hisham said of the 10 cases, eight victims died and another was undergoing treatment at home after being discharged. — Bernama

Cop on motorbike dies in crash

PETALING JAYA: A policeman on a motorcyce died after a car crashed into him.

The driver of the car lost control of his vehicle and drove onto the opposite lane before crashing into the policeman and another car along Jalan Kuching at 2am yesterday.

Corporal Johari Abdullah, 58, who was with the Gombak police headquarters’ narcotics department, died on the spot.

He leaves behind a wife and six children.

KUALA NERANG: The armed forces has seized 200kg of ketum leaves worth RM18,000.

The Second Battalion of the Royal Rangers Regiment intercepted the leaves, which were believed to be on their way to Thailand, early Thursday.

Sixth Brigade commander Brig-Jen Abdul Aziz Ismail said the seizure was made near a checkpoint at the Sahara Post. Twenty black plastic packages, each filled with ketum leaves, were found hidden in bushes nearby.

“The leaves were seized and sent to the Padang Terap district police headquarters for investigation,” he said in a statement. — Bernama 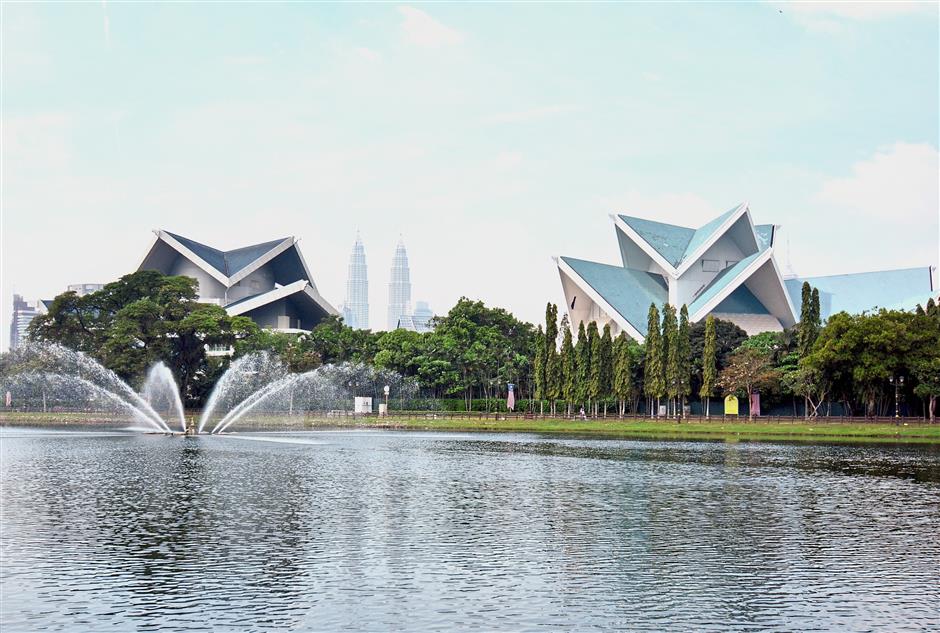 Parts of Tasik Titiwangsa park to be closed

KUALA LUMPUR: City Hall will close part of Taman Tasik Titiwangsa to the public in phases beginning May 14 till November next year.

In a statement, it said that the closure was to allow the implementation of the River of Life project which involved the upgrading of facilities and infrastructure.

Under Phase 1, which is expected to be completed in December, part of the park would be closed for the upgrading works while other areas under Phase 2 will remain open to the public.

Work under Phase 2 will begin in January and be completed in December next year. — Bernama 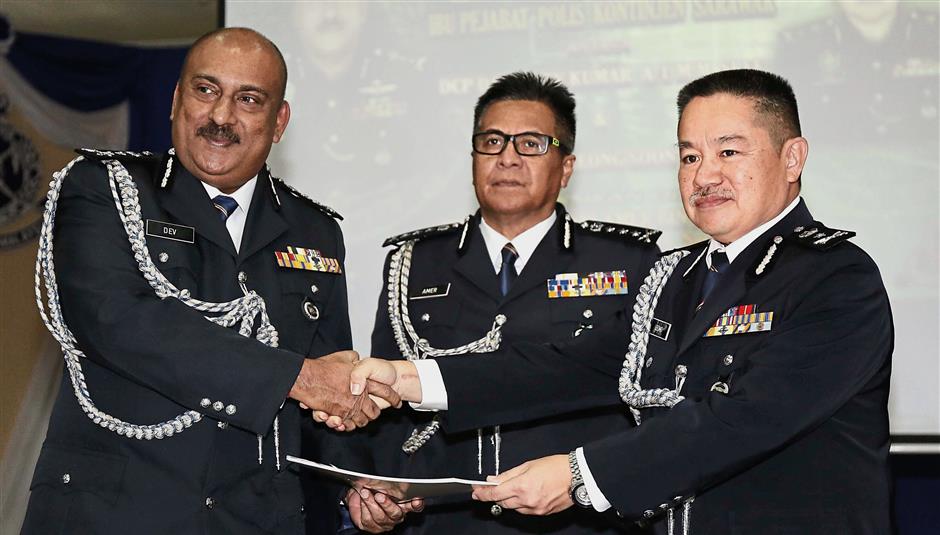 KUCHING: SAC Denis Leong Soon Kuai has been appointed as the head of the Crime Investigation Department in the state, replacing Deputy Commissioner Datuk Dev Kumar who has been promoted.

Dev will now be the deputy director of the Crime Prevention and Community Safety Department in Bukit Aman from Monday.

During the event here, Dev said Sarawak was a peaceful state as it had a low crime index. — Bernama