SEMPORNA: Fire destroyed about 30 squatter houses in Kampung Panji here on Wednesday night, but no casualties were reported. Sabah Fire and Rescue Department Operations Centre in a statement said 12 firemen were rushed to the area in two trucks. All the houses in the area were completely destroyed, it said. The cause of the fire and damage has yet to be ascertained. — Bernama 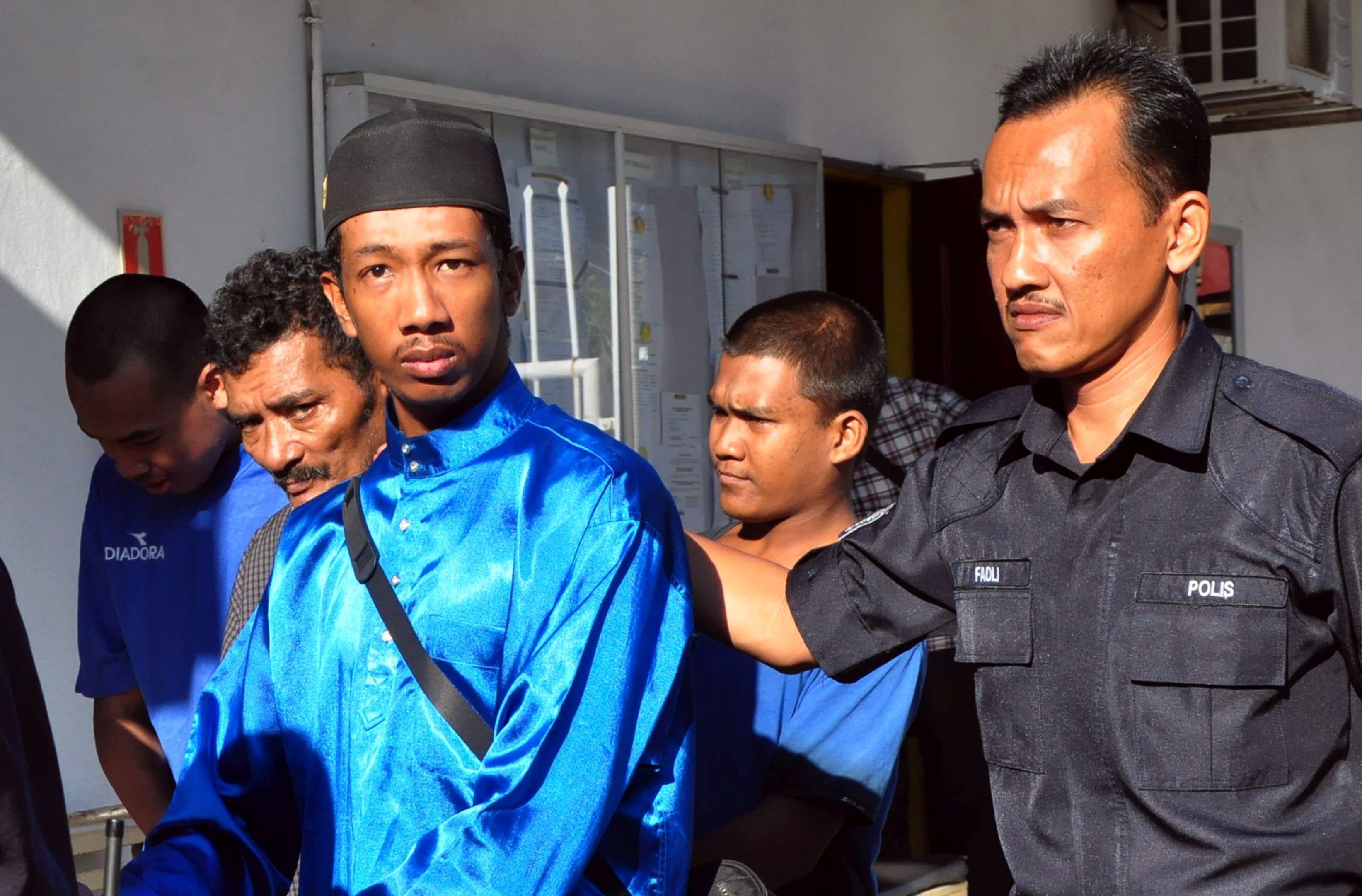 KANGAR: A jobless man was charged in the magistrate’s court here with the murder of a six-year-old boy two weeks ago.

However, no plea was recorded. Magistrate Norhayati Ibrahim then set June 4 for mention.

In the incident two weeks ago, Mohamad Rayyan Hidayat, believed to be the son of the accused’s girlfriend, was initially taken to the Tuanku Fauziah Hospital here when he had bouts of vomiting and later fell unconscious. He died the following day. — Bernama

KUALA KANGSAR: A dee jay of a radio station pleaded not guilty in the Sessions Court here to two counts of unlawful possession of a pistol and seven bullets last week.

Abdul Aziz Mohamed Desa, 47, who is with Perak Fm, made the plea after the charges were read out to him before judge Rohaida Ishak yesterday.

On the first count, he was charged with unlawful possession of a German-made Walther Semi Auto at Kilometre 28, Kampung Bahagia, Sungai Siput Utara near here at about 8.30am last April 26.

Abdul Aziz was also charged with unlawful possession of seven rounds of ammunition at the same place, date and time and faced an imprisonment for up to seven years or fine of up to RM10,000, or both, if found guilty, under Section 8(a) of the Firearms Act 1960.

The court allowed him bail of RM8,000 in one surety for both charges and set June 1 for mention. — Bernama

JOHOR BARU: The Johor government will give civil servants in the state the Special Aidilfitri Assistance of RM1,000 as announced in the State Budget 2018, on May 28.

It will involve a total of 19,105 civil servants in the state, he said in a statement here today.

“The special financial assistance showed the state government’s concern for the civil servants, especially in making preparations for the upcoming Aidilfitri. Hopefully, it will enliven the celebrations,” he said. — Bernama 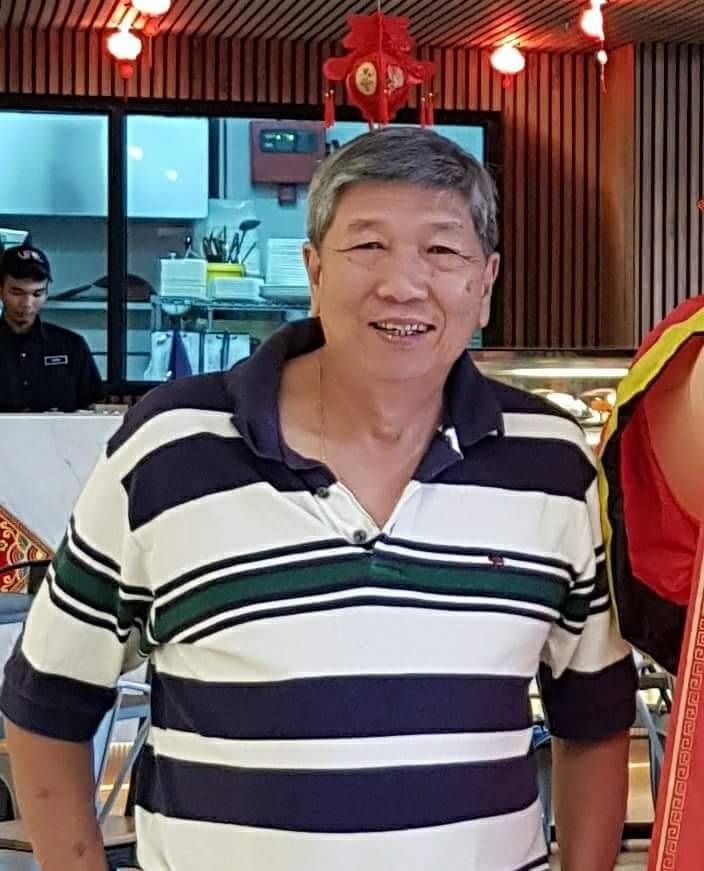 KOTA KINABALU: A veteran Chinese daily reporter, in the midst of covering the current elections, was found dead in his second floor office in Sandakan town on Tuesday.

Tam Say Cheong, 68, is believed to have suffered a heart attack on Monday at his office where he works alone and had been busy covering the current elections for his Sabah-based newspaper Overseas Chinese Daily New (OCDN).

His wife and three children are living in Kuala Lumpur and his daughter posted on Facebook seeking help from friends to try locate her father who could not be contacted since 1pm on Monday.

A fellow reporter and close friend Yong Nai Man went to the office to look for him at about 8am on Tuesday after Tam’s family members alerted him.

Firemen found Tam dead and his remains was sent to the Duchess of Kent Hospital by the police for further medical examination.

The veteran reporter who worked for OCDN for more than 40 years, was the chairman of the Sandakan Reporters and Newspaper Employees Association.

His wife, a retired headmistress, and their three children had last met him last week when he took a brief holiday to Kuala Lumpur.

Lee said he was touched by the acknowledgement by the organisation in charge of trade unions.

“This award will be an incentive for me to continue in my efforts to increase the standard of occupational safety and health (OSH), and inculcate a good OSH culture in all public and private sector workplaces,” he said in a statement here. — Bernama

SHAH ALAM: The police have completed the investigation paper on a tahfiz student allegedly assaulted by four seniors at the school and will submit it to the Deputy Public Prosecutors’ Office for further action.

The four students were released on police bail after their statements were recorded, he said.

In the incident, the victim claimed he was assaulted by his seniors for allegedly stealing their belongings.

The victim then reported the incident to his mother, who then took him to Shah Alam Hospital for treatment, where he was given out-patient treatment. — Bernama No replacement holiday for teachers

No replacement holiday for teachers

PASIR SALAK: There is no regulation allowing teachers appointed as election workers, including for the May 9 polling day to have a replacement holiday the following day, Education Minister Datuk Seri Mahdzir Khalid said.

He said these teachers should apply individually to their schools if they want to take leave on May 10.

“There is no regulation for this (replacement holiday). The teachers can make individual request to the principal or the headmaster because they can take up to 10 days leave a year,” he told reporters here Wednesday.

Mahdzir said this in response to the call by the Congress of Unions of Teachers in the Malaysian Education Service for the Education Ministry to consider giving a replacement holiday to schools and teachers involved at the polling and ballot counting centres until late at night on May 9. — Bernama 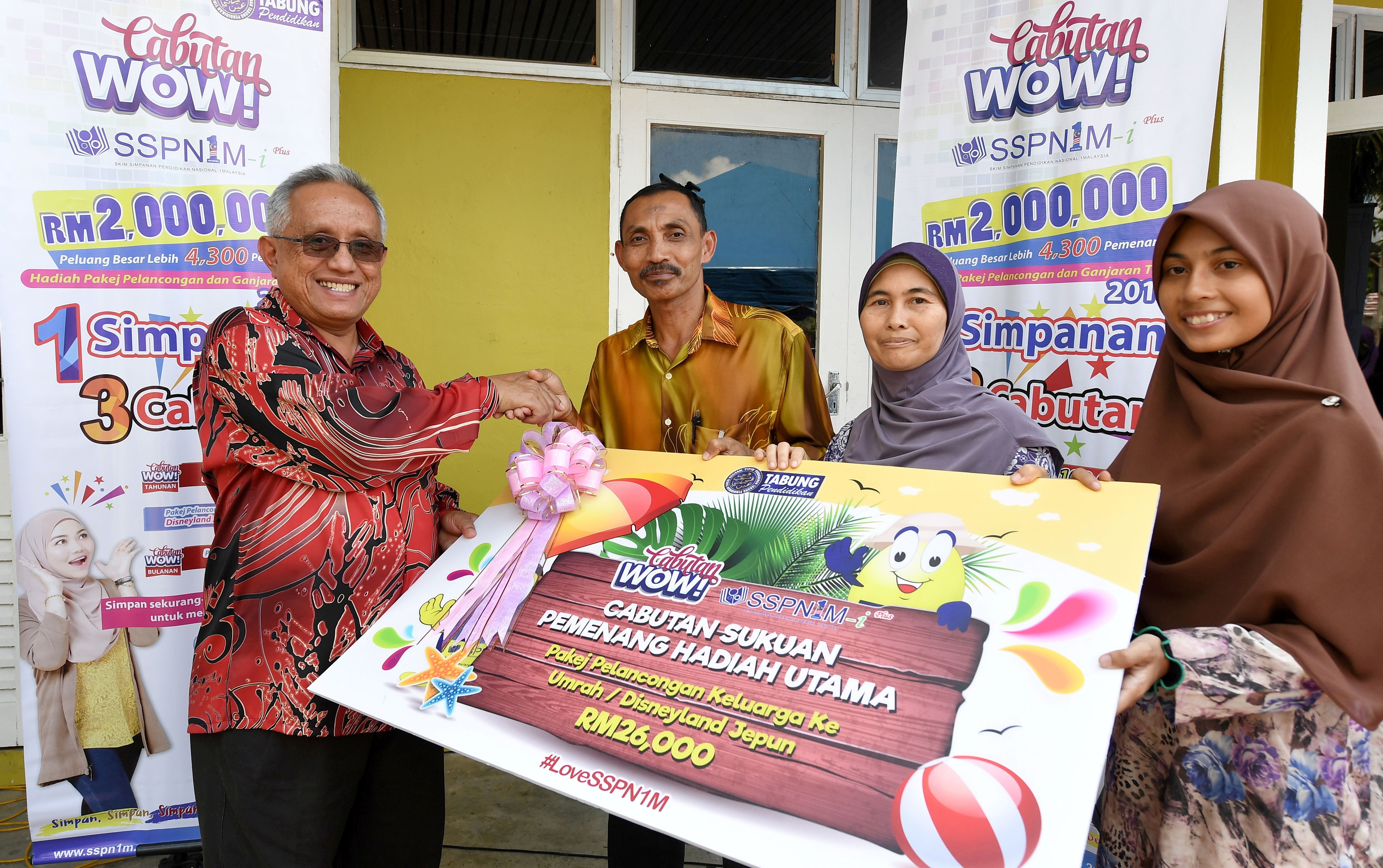 Ibrahim, 52, was accompanied by his 51-year-old wife Idah Mohamad and daughter Siti Hajar, 20.

Ibrahim, who works at the Pasir Mas Department of Social Welfare, received an umrah package worth RM26,000.

He had opened his SSPN1M account after receiving an Excellent Service Award last year. — Bernama