By THO XIN YI and VINCENT TAN

The MCA president said he was saddened that 77-year-old Barisan Nasional supporter was pushed off the stage by an Opposition supporter at Datuk Seri Dr Wee Ka Siong's ceramah.

"Three of his rib bones were fractured.

"We should all be gentlemen instead of subscribing to the culture of 'samseng (thugs)'," he said.

Liow was speaking to reporters at Mempaga Felda 1 here at a family day event.

He criticised the action, which he deemed as embarrassing.

On Monday night, a scuffle broke out at Dr Wee's ceramah between supporters from rival parties.

A man pushed him off the stage and he was injured. 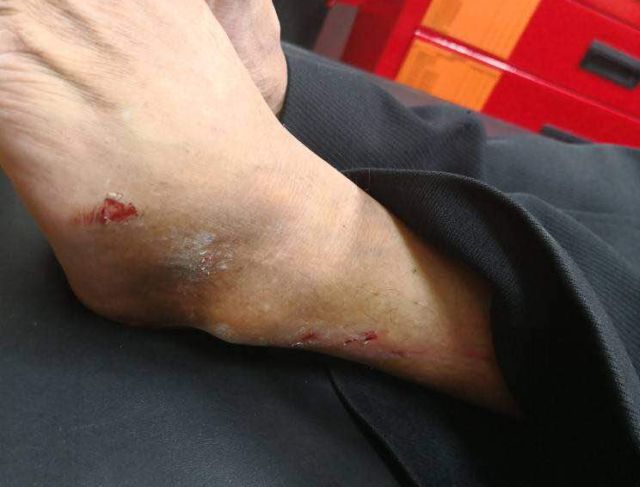 He added that Dr Wee, the MCA deputy president had only spoken for about 10 minutes, when police officers rushed to the area to calm the situation and saw the suspect pushing Tan off the stage.

"The cause of the incident was due to the victim trying to stop the suspect's actions, who was placing PKR flags on the stage area, " the OCPD said.

The victim was taken to Sultanah Nora Ismail Hospital for treatment and an examination showed that Tan had cracked three ribs and was warded for further treatment.

The suspect, Ting Kheng Hwa, 58, was also arrested and remanded for seven days.

"This case will be investigated under Section 325 of the Penal Code.

"The quick action of the police successfully prevented the situation from continuing," the police chief said.

ACP Abdul Wahib advised the supporters of all contesting parties to mind their discipline and refrain from harassing the other throughout the campaign period.