By M. KUMAR and JUSTIN ZACK

All fired up: Two assistants of the Polish Armaments Group showing the weapons on display at the Defence Services Asia and National Security Asia exhibition 2018 in Kuala Lumpur. — Bernama

KUALA LUMPUR: Universiti Putra Malaysia has signed an MoU with a Chinese firm that specialises in unmanned aerial vehicles (UAVs).

The deal with Hawkeye Electronic Technology Co Ltd would pave the way for both sides to share expertise on drones.

The MoU was signed at the KL International Drone Conference, which was held at the Defence Services Asia (DSA) and National Security Asia exhibition 2018 at the Malaysia International Trade and Exhibition Centre yesterday.

The signing is seen as a step towards coopera­tion in advancing drone and other UAV technologies between UPM and Hawkeye, as UAVs are seen to be prevalently used around the world in various sectors, including security, agriculture, sports and emergency response.

“Drones are cheaper, require less manpo­wer, are able to operate longer and are more intelligent.

“In fact, we are working on lighter than air (LTA) UAVs that are filled with helium and are able to operate longer than regular drones before coming back to earth,” he said.

In another event at DSA, the “Empowering Women in Defence and Security” forum brought together female heads in both sectors to talk about the issues and stigmas faced by women.

Brig-Jen (Rtd) Datuk Norhuda Ahmad, the country’s first female brigadier-general, said women soldiers had made a lot of progress since her days in the army.

“Just like any other male-dominated profession, the army has many obstacles and challenges, especially during the early part of our involvement.

“They equated physical strength as integral in an army career and as such, there was no place for us.

“The early batches of female officers and soldiers had to work doubly or even triply hard to prove their capability. In some aspects you have to be masculine, in a feminine way,” she said.

But women, she said, were not any less qua­lified than their male counterparts.

“Change the perception that you are weaker than them,” she told the fairer sex.

Armed Forces chief Jen Tan Sri Raja Mohamed Affandi Raja Mohamed Noor paid tribute to the women, saying: “The defence of the country is a responsibility that sees no gender.

“When they wear the uniform, they are soldiers of the armed forces. And as soldiers, it doesn’t matter where they are deployed.” 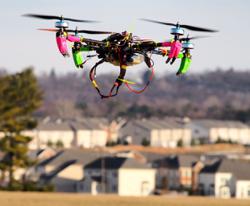