KUALA LUMPUR: The Prime Minister's Office has announced May 9, which falls on a Wednesday, as an additional public holiday.

This came following the Election Commission's (EC) announcement that polling day is on May 9.

Nominations for the 222 parliamentary and 587 state seats have been set for April 28.

This gives political parties a campaign period of 11 days for GE14, four days fewer than GE13. 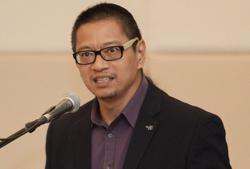 Chini by-election: Do not vote at the last minute, says EC