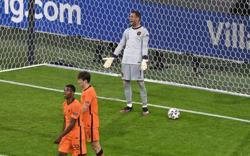 PETALING JAYA: The American businessman and his Kazakh wife who were last seen with Ivana Esther Robert Smit, admitted to having a threesome with the Dutch model who was found dead on Dec 7 last year.
Alex Johnson, 44, and his wife Luna, 31,admitted that they had sex with Smit three weeks earlier and on the day she was found dead.
Smit had fallen to her death from the balcony of an apartment in Jalan Dang Wangi.
The Johnsons also admitted in an interview with British tabloid Daily Mail that all three of them had been drinking heavily and that Ivana had been taking drugs.
The couple had met Smit at a nightclub in Kuala Lumpur in October last year, where they were introduced by a mutual acquaintance.
“She asked me to stand up and dance with her. We weren’t kissing, but we were doing sexy moves,” said Luna.
“She was beautiful, charming, confident. I was already melting,” added Luna.
The three of them even set up a WhatsApp group among themselves, which contained explicit flirting.
They had a threesome in a five-star hotel in November.
On the day Smit was found dead, the three had been out all night partying before coming back in the wee hours of the morning.
The Johnsons’ daughter got up and Luna says she and Smit had breakfast with her.
“Ivana was hammered. I kept talking to her as I got my daughter ready for school. Ivana lay down while I took her there,” said Luna who went out for about 30 minutes.
Luna said she returned, her husband and Smit were on their bed, although Johnson was asleep.
After that, both Luna and Smit got intimate, before Luna went back to her bedroom where she lay down with her husband.
When she came out of the room at about 10am, she found Smit  ‘wandering around, talking to herself and giggling.
“I was so tired after all this partying. At 10.15 I went back to the bedroom. When my head hit the pillow, I passed out,” said Luna.
Luna said she then woke at 1.25pm and saw that Ivana’s clothes, shoes, bag and phones were in the lounge/kitchen, but thought she had vanished for a photoshoot.
The Johnsons were then woken up by the police at 5pm.
The Johnsons have maintained innocence in the matter, saying that there were footprints on the balcony and on to the top of the air-conditioning units.
Johnson said he has received numerous death threats since the murder claim was publicised, and claimed there was even an attempt to kidnap his five-year-old daughter:
“A man phoned our nanny, Maha, saying he was Luna’s father and would be picking her up from school. Luna’s father died before she was born.”
“We never intended to make the details of our marriage public. Now we fear our own lives are in danger, and we have no choice,” he said.
On Sunday, Smit’s family lawyer also told Dutch newspaper De Telegraaf that the teen had sex in the hours prior to the discovery of her body.
According to an online portal, he said this was based on “new information” that was corroborated by the findings from the second post-mortem conducted on Smit in the Netherlands.
Lawyer Sébas Diekstra added that pathologist Dr Frank van de Goot, who carried out the second autopsy, had previously detailed finding “male DNA” in Smit’s body and held the opinion that it likely occurred in the last hours of her life.
“In the Netherlands, you can be prosecuted if you commit sexual acts on someone who is unconscious or under reduced consciousness,” Diekstra told the daily.
De Telegraaf also reported that Smit family spokesman Fred Agenjo believed his niece was not in control of herself nor her actions in the hours before her death.
“There were huge amounts of drugs found in Ivana’s body. She was no longer competent.
“If anyone still had sex with an 18-year-old girl who was in that condition, that’s not good. They should stay away from someone under such circumstances,” he was quoted as saying.
Article type: metered
User Type: anonymous web
User Status:
Campaign ID: 46
Cxense type: free
User access status: 3

Dead teen could have made it big in modelling, says ex-teacher