The state of statelessness

FOR most people, going to school is a given. But what if you are barred from it?

This is the predicament of thousands of people who are born in Malaysia but have no citizenship. Being stateless leaves them without legal documents that would have given them rights, including access to education and affordable healthcare.

Last week, the plight of STPM top scorer Roisah Abdullah from Klang was highlighted in the media.

Roisah had managed to complete school despite her stateless status but was not able to continue her studies due to the lack of documentation. Like Roisah, many orphans or abandoned children whose birth parents are unknown end up stateless even if they have been legally adopted by Malaysian parents.

According to lawyers, the legal position is set out in the Federal Constitution to protect a child from becoming stateless.

“Article 14 states that a child born within Malaysia after Merdeka Day becomes a citizen by operation of law, ‘if one parent is a citizen or permanent resident in Malaysia at the time of the child’s birth’.

“However, they have to apply to the National Registration Department (NRD) to get their citizenship status officially confirmed. And this is where the problem arises. It is a long and gruelling process. It takes about two years for an application to be processed, and most times, it is rejected without any reason given,” says Lawyers for Liberty co-founder Latheefa Koya.

Many children born in Malaysia are also rendered stateless if they were born to a Malaysian father and non-Malaysian mother who were not officially married or did not register their marriage, she notes.

“If the child is born out of wedlock or the parents did not register their marriage, the child is considered illegitimate and he or she will follow the nationality of the mother under our law,” says Latheefa.

She says this is the issue for children who have been abandoned by their foreign mothers and are living with their Malaysian fathers.

Dr Ahmad Zahid told Parliament in a written reply last year that 15,394 children born in Malaysia were denied citizenship between 2012 and January 2017, despite having fathers who were Malaysian citizens.

Latheefa believes that following the mother’s nationality’ is “just an interpretation of the Constitution, and an archaic one at that”.

She says, “In those days, it was difficult to prove the father of the child, that is why they stipulated following the mother’s citizenship in the birth certificate. But now we have DNA testing.”

There is also Section 1(e) of Article 14, which states that every person born within the Federation who is not born a citizen of any country otherwise, is a citizen of this country by operation of law, she adds.

“This is an overriding clause to protect children from being stateless,” she says.

Another avenue for children born in Malaysia to get citizenship is through registration under Article 15A, which states “the Federal Government may in special circumstances as it thinks fit, cause any person under the age of 21 years of whose parents, one or at least (or was at death) a citizen, to be registered as a citizen”.

This, however, renders the issue of citizenship to be under the discretion of the Home Minister and at the mercy of the NRD, says human rights lawyer Annou Xavier.

“These applications also drag on, some until the child becomes over 21 and no longer qualify for the provision. I have had cases when even the paperwork is complete, they are rejected. And when we appeal to review the decision in court, we always get the same reasons for rejection – ‘mother is foreigner, child is illegitimate and minister’s decision is final’.”

According to an NRD spokesman, the citizenship of an individual is subject to the nationality and marital status of the parents at the time the child is born.

“If the child is born before the parents’ marriage is legally registered, the child’s citizenship will follow the mother’s nationality, in accordance to Section 17, Part III, Second Schedule of the Federal Constitution,” she says.

“We stress that it is the failure of the mother or parents to fulfil their responsibility in obtaining the necessary documents, such as a legal ID from the mother’s birth country, that causes the problems in their child’s citizenship status.

“Ultimately, it is important to register a marriage as it will determine the citizenship status of the children. This will prevent any issues in the future, as well as create a moral and law-abiding society,” she tells Sunday Star.

Xavier says the Malaysian Govern­ment and courts are required to comply with the Child’s Act and UN’s Convention of the Rights of the Child to place the “best interests of the child” as the “primary consideration” when making decisions and interpreting laws.

He also points to the 1962 Hansard papers which he claimed showed that the Deputy Prime Minister at that time, Tun Abdul Razak, arguing for the child’s interest to prevent statelessness when tabling the new Article 15A in Parliament.

Concurring that looking at the best interest of the child should be the governing principle, Malaysian Bar Human Rights Committee co-chairman Andrew Khoo says change is needed in the administration’s mindset and its policy regarding citizenship.

“Right now we view the undocumented children with suspicion and treat them as foreigners. We need to see them as part of our community who unfortunately, for some reason or other, do not have the necessary documents. There are a myriad of reasons why the children or parents are not properly registered,” he says. “They could be living in remote areas and are too poor to travel to town to register or had a home birth...”

If we take a more open and creative approach – less emphasis on paperwork – to the citizenship process, we can expedite their citizenship, he says.

“Don’t penalise the child for the mistake of the parents. No child should be left in this state of statelessness with no guarantee about their future. We cannot leave them living in limbo their entire lives,” says Khoo. 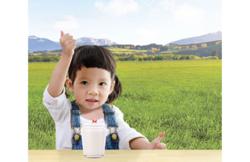