They were hospitalised after consuming packets of instant white coffee given by their colleague – a Bangladeshi garbage collector who found them in a dustbin.

Police investigations showed that Mat Dat, 60, started vomiting and experiencing dizziness 10 minutes after consuming the beverage at 2.30pm on Saturday.

His colleague Md Ruslan Hussain, 59, also complained of blurred vision and dizziness before passing out. Their housemates then sent them to Penang Hospital.

He said the worker, who found two packets of premix coffee in a dustbin, kept one for himself and gave the other to Mat Dat.

“We have contacted the supervisor of the garbage collecting company in Relau to look for the worker.

“We want him to hand us the packets for investigation,” he said.

Earlier, five persons, including two women aged between 19 and 62, became ill between Jan 27 and 30 after consuming durian coffee sachets, which were believed to have been tampered with.

Together with the two latest victims, they had consumed the same brand of instant coffee powder.

Initial police probe revealed that the sachets were opened and resealed, with 10g of a green substance added inside. 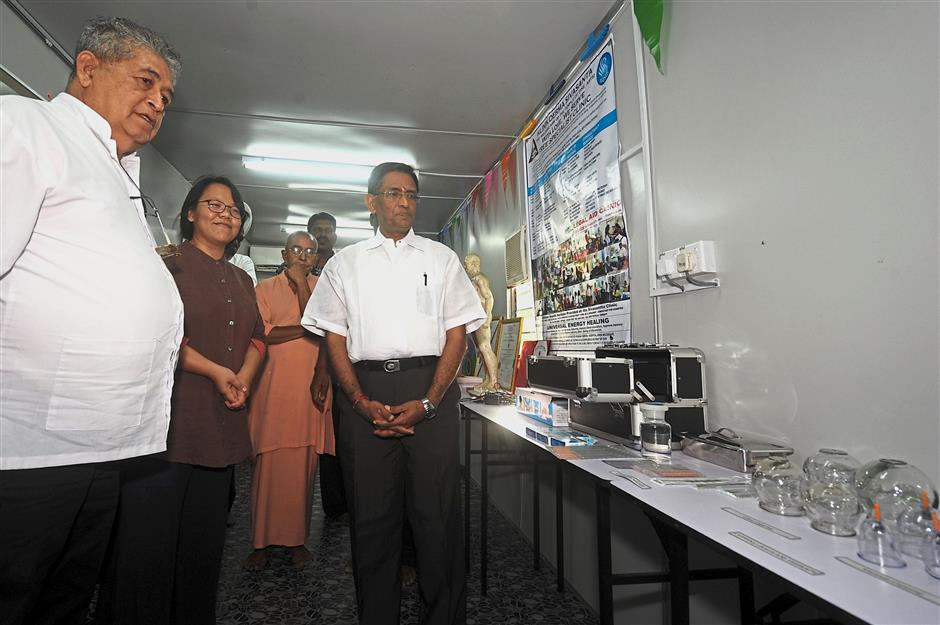 “We want the police to investigate how this substance could have gone into the premix coffee.

“There seems to be a pattern where those who turn ill received the coffee from strangers,” he told reporters after launching the Integrated Holistic Therapy Centre at the Derma Sivasanta Clinic in River Road yesterday.

Dr Subramaniam said a syndicate could be behind the incident

He added the coffee would not be taken off the shelves as there was no evidence to suggest the main product line was contaminated.

“Apart from these few packets, there is no evidence right now to pin the blame on its producers.

Dr Subramaniam said ministry officials had paid the factory a visit and tested their products.

“We did not find narcotic elements and do not have any evidence to incriminate the manufacturer,” he said.