Apart from improving the pub­­lic delivery system, he said, the move would also give more flexibility to civil servants.

“This is part of the public service transformation process and the continuous improvement of our services.

“Federal offices will now be open from 7.30am to 6pm,” he said in a directive.

He said that with the new shift, fe­­deral departments and agencies in Perlis, Penang, Perak, Selan­gor, Negri Sembilan, Me­­la­ka, Pahang, Sabah, Sarawak and the Federal Territories of Kuala Lumpur and Putrajaya will be open from 7.30am to 6pm, Monday to Friday.

Those in Kedah, Kelantan, Te­­rengganu and Johor will be open from 7.30am to 6pm from Sun­day to Wednesday and 7.30am to 4.30pm on Thursday, Zainal added.

“Some of them have things to do in the morning, like sending their children to nurse­ries, and are unable to come in at the third shift which starts at 8.30am.

“This (being able to start at 9am) will give them more flexibility and reduce the stress of rushing to work to avoid being late,” he said, adding that it was Cuepacs that proposed the new shift to the Government.

Asked if this means counter services would be open until 6pm, Azih said this would de­­pend on where the office is loca­ted.

“It will make sense to have counter services until 6pm in cities or big towns.

“It won’t be practical in smaller towns as the utility bills will certainly go up,” he said. 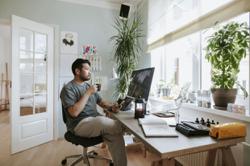