PETALING JAYA: From ramping up their cyber teams to creating memes, GIFs and content, political parties are gearing up for the general election by embracing social media in a big way.

Some parties have also trained their members to use digital platforms to get their messages and aspirations out to the masses, while fending off rumours and fake news in the campaigning period between nomination day and polling day.

Besides social media, they have allocated funds for traditional media such as bulletins and even expanded their media teams.

“We also have the MIC information zone, where we disseminate information.

“We also have a team to defend against those who attack us,” he added.

MCA Religious Harmony Bureau chairman Datuk Seri Ti Lian Ker said the party would spread its message of moderation and explain its work in its constituencies through Chinese media in cyberspace.

He added that MCA would not only engage with its current supporters, but also try to woo the younger generation.

Last year, Prime Minister Datuk Seri Najib Tun Razak, who is also Barisan Nasional chairman, had said that for the coalition to win the “mother of all elections”, it must first defeat the Opposition in the cyberwar of public opinion on social media.

Umno has set up its own information technology bureau with more than 3,500 members.

He noted that 97.3% of the country’s Internet users had Facebook accounts, according to the Malaysian Communications and Multimedia Commission.

“WhatsApp groups are also important. Many people belong to such groups but these are private,” he said, adding that people might find it more comfortable exchanging views via the messaging platform.

Other challenges facing politicians, he said, included creating content that was compelling enough for people to share.

“They have to create content that is simple, emotional and authentic to capture public attention,” Dr Hopkins added.

Gerakan vice-president Datuk Dr Dominic Lau Hoe Chai said it had trained its coordinators and potential candidates to be active on social media since last year.

This would help them cover more ground, he added.

“This content has been very well received and (younger users) share it immediately with their friends,” said a spokesman for the team.

He added that Pakatan Harapan had also launched an online “do-it-yourself” kit to distribute campaign materials.

DAP assistant national publicity secretary Yeo Bee Yin acknowledged that social media was one of its most important information channels, especially to reach people in rural areas following an increase in the Internet penetration rate.

Amanah communications director Khalid Samad said his party maximised the use of Facebook Live and had formed a separate unit, “Media Oren”.

“You can find it on Facebook. There is also a TV channel called ‘Jom Channel FB Live’.

In a recent interview with radio station BFM, Selangorkini chief editor Cecelia Alphonsus said some 250,000 copies of the weekly Malay language newspaper, which focuses on Selangor state policies, were distributed to service centres and places of worship.

The Penang government has spent RM35.94mil on its official newsletter Buletin Mutiara, which began in 2010, and has distributed a total of 32.7 million copies.

According to Chief Minister Lim Guan Eng, there are now 17 journalists working for the newsletter.

Brace yourselves for slander and fake news 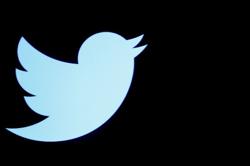