ALOR SETAR: A former assistant technical officer with Telekom Malaysia was sentenced to six months' jail and fined RM150,000 by the Sessions Court here after he pleaded guilty to two counts of bribery.

Sukri Mat (pic), 49, from Pokok Sena near here pleaded guilty on Monday (Dec 18) after both charges were read to him before judge Azman Abu Hassan for the offences committed in 2015.

According to the charge sheet, Sukri solicited a bribe amounting to RM20,000 from Badlishah Hamid, 47, through an SMS from his mobile phone for him to approve and deem works carried out by the latter as satisfactory.

The works involved moving of  copper and fibre optic cables and other projects at Jalan Alor Setar - Gunung Keriang for Telekom Malaysia.

For the second charge, Sukri pleaded guilty to receiving a bribe amounting to RM10,000 from Badlishah at Restoran Nasi Kandar Imran here on Sept 21, 2015, at about 2.50pm.

The accused was not represented while MACC deputy public prosecutor A Hafiizh Abu Bakar prosecuted.

In mitigation, Sukri asked for the judge to impose a lenient sentence as he regretted his action which led to family problems.

"I am out of a job after I was sacked and now I am taking care of five people including my three children aged 22, 21 and 10, an 80-year-old sickly father and a mentally challenged sister," he said.

Taking into consideration the severity of the offence, the court then sentenced Sukri to six months in jail and fined him RM100,000 for the first offence.

For the second offence, Sukri was sentenced to six months' jail and fined RM50,000.

The jail sentences were ordered to be run concurrently and Sukri was sent to the Perlis correctional centre. 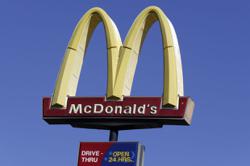