GEORGE TOWN: The Xiamen dragon boat team members, who have never been out of China, made their debut at the Penang International Dragon Boat Festival 2017 in Teluk Bahang here.

The team, made up of 14 students from the Xiamen Huaqiao University, enjoyed the experience very much due to the hospitality received at this event.

Assistant team leader Zhang Ze Sheng, 20, said they were surprised by the way they were treated as back in China, the atmosphere at a tournament would be very competitive and strict.

“But here, we waved and said hello to every other rowers, whom we met for the first time. The fighting spirit is high but positive as well.

“We were surprised at how strangers and even rival team members cheered for each other and gave encouragement to each other.

“It made us feel like we were a family,” he said, adding that the team participated in 200m and 500m in the International Junior U24 Open categories.

Another team comprising all-female rowers loved the event so much that they keep returning year after year.

Dressed in bright orange and white attire complete with white hijab, the team from Iran is here for the third consecutive year.

“The friendly atmosphere is what keeps us coming back for more,” said Somayeh Ghaffari, head coach of the Avash Khalij Fars.

The two-day annual event, which has cash prizes amounting to RM50,000, returned on a grander scale with 26 international teams from Australia, Brunei, China, Hong Kong, Iran, the Philippines, Singapore, South Korea and Thailand. There were also 24 Malaysian teams.

The festival kicked off on Saturday with an eye-dotting ceremony for 18 new dragon boats which cost RM576,000 and were sponsored by the Penang Water Supply Corporation. 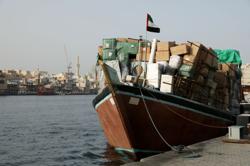