Making progress: Over the last 30 years, there has been much improvement in the detection and treatment of HIV/AIDS.

PETALING JAYA: Based on a study in 2016 conducted by UNAIDS, an organisation under the United Nations dedicated to protecting those suffering from AIDS (acquired immune deficiency syndrome), 36.7 million global citizens have been infected by the said condition.

It has been more than 30 years since HIV/AIDS was first detected, and through the years, there has been much improvement in the detection and treatment of the disease.

Although most of the urban world claims to know the basics of what HIV and AIDS are – their causes, symptoms and prevention steps – there are untrue allegations that have been spread on the condition, leading to a series of myths that circulate within the community.

In conjunction with World AIDS Day today, it’s timely that we once again debunk some of the more common myths about the disease. 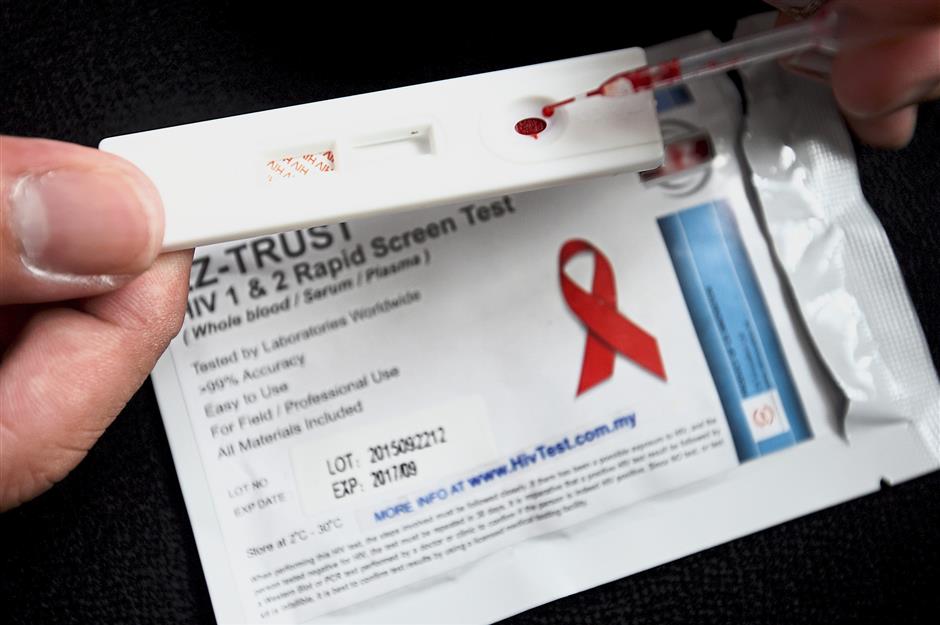 One prevalent myth is that anyone infected by HIV automatically has AIDS.

This has grown to be the most common assumption since society finds it difficult to tell the two things apart.

It is actually a fairly simple concept – AIDS is the result of HIV (human immunodeficiency virus) damaging one’s immune system to the extent of leaving them vulnerable to opportunistic infections and illnesses such as fevers, mouth sores, lung diseases, yeast infection, and some cancers.

In short, HIV is the contagion, and AIDS is the condition that can develop if it is left untreated.  Those with HIV don’t necessarily have AIDS, but those with AIDS definitely have HIV.

2. Those with HIV look very sick

This is not the case, as most of the time, those who are HIV-positive look just as well as anyone else. Even early symptoms of AIDS resemble typical illnesses, including sore throats, increased body temperature and muscle aches.

Many think that AIDS can easily be spread through contact with someone who has the condition, for example, through drinking from the same bottle, sharing utensils, and using the same toilet.

Some even think that touching a diagnosed person will spread the virus to them, making the act of merely shaking their hand seem like a daunting task.

This false rumour about the virus has instilled a fear of interaction with HIV-positive people within society.

Truth be told, HIV cannot be spread through touch, saliva or sweat, and thinking so belittles those with the condition.

In most cases, the virus is sexually transmitted, spread through bodily fluids like semen, vaginal discharge and blood.

Another myth we often mistake as truth is that being infected with HIV will ultimately lead to an early death for those diagnosed when they are young.

Yes, having HIV is a risk to your health, but no, it is not a death sentence.

Compared to three decades ago when it was just discovered, we have the advantage of top-notch medical technology and the best medicines readily available to prevent the deterioration of a HIV-positive person’s health, and as long as they maintain optimal living habits, an average 70 years of life expectancy can be seized.

5. Only younger people get HIV

The belief that those of older age do not get infected by HIV is false.

Believe it or not, UNAIDS suggests that approximately 4.2 million elderly adults above the age of 50 worldwide suffer from the problem.

The older age group is often overlooked when it comes to HIV prevention programmes. Unfortunately, many of them lack knowledge and understanding on the subject and almost half are unaware that they have been infected sometimes.

In the early 1980s, it was observed that HIV mainly affected men who engage in homosexual sex.

This brings up one of the more contentious misconceptions circling global society regarding the condition, which is that those who only perform heterosexual intercourse are relatively safe from getting AIDS.

In our world today, almost a quarter of those living with AIDS are heterosexual men and women, most likely those who precariously disregarded sex protection and HIV prevention due to the “only homosexuals get AIDS” stigma.

Having unprotected intercourse can result in the pregnancy of a HIV-positive woman, and more often than not, said pregnancies do pass without any serious complications caused by the virus.

Antiretrovial therapy can be taken during the pregnancy to ensure a healthy baby.

8. A pregnant woman with HIV will give birth to a HIV-positive baby

Another misconception is that those born from a HIV-positive parent (or parents) will automatically contract the virus.

The fact is, as long as the mother practises the dos and don’ts of pregnancy and sticks to the prescribed medications, the chances of birthing a HIV-positive baby are minimal.

9. It is all right to have unprotected sex if both partners are tested HIV-positive

Another myth to be debunked is that it is seemingly all right to have unprotected sex if both partners are tested HIV-positive.

Although there is no risk of the other person contracting the viral load, it will result in higher chances of catching other STDs (sexually transmitted diseases) like hepatitis B and syphilis, as HIV destroys CD4 cells meant to keep said diseases at bay.

Many people assume that those who do not engage in any sexual acts at all are safe from ever getting infected by HIV/AIDS.

This is not true, as many people get infected through substance abuse, or more specifically, through sharing needles with HIV-positives when injecting intoxicants in themselves.

Similarly, unsterilised needles at tattoo parlours can cause one to catch the infection.

Even though most myths that surround the HIV-positive community prove to be false, there are certain beliefs that are very much true, primarily the conception that the world’s minor ethnicities, mostly those residing in Sub-Saharan Africa, carry the most severe burden of AIDS in the world.

Even in the US, the African-American community remains the most heavily impacted by AIDS. This happens because of socioeconomic issues, such as limited access to health facilities and education.

The HIV/AIDS pandemic is not an easy one to combat, as there is no known, ultimate cure for it yet.

But society’s presumptions on the matter also contribute in slowing down the progress of AIDS prevention in our world today. Doing research of what is true and untrue on this matter is crucial to hopefully decrease the number of victims of HIV/AIDS, as ignorance will no doubt lead to many more misconceptions about the condition.