Philippine agency: Readjust monthly wage based on US$400 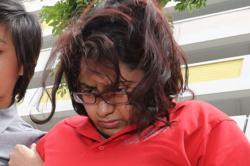 A group of Filipina domestic workers taking a selfie.

PETALING JAYA: Any employer who has a Filipino domestic worker, or plans to hire one, will have to cough up a monthly wage based on the current exchange rate for US$400.

The minimum monthly salary set by the Philippines Overseas Labour Office (Polo) is RM1,680 compared to RM1,440 before, according to a circular issued by Polo to all accredited Malaysian maid agencies.

Other changes have also been introduced by Polo, effective Nov 1.

In the event of a 10% fluctuation in the value of the ringgit against the US dollar, Polo will instruct for the appropriate adjustment to be made in the basic monthly salary of the maid.

“If they want to adjust the salary to reflect the depreciating ringgit, they must also adjust it when the Malaysian currency appreciates next time. Only then will it be fair,” he said.

Engku Ahmad Fauzi said there were other alternatives that could have been explored by Polo.

There are about 200,000 Filipino domestic workers in the country.

The circular stated that Filipino maids were entitled to one weekly off day which could be set at any day.

If the maid is required by the employer to work on a rest day, she must be paid RM65. It also states that the maid should be allowed to keep her passport.

“Any employer who wants to hold the maid’s passport for safekeeping must have her written permission,” the circular stated.

It also stated that maids must be allowed to use their mobile phones and other electronic gadgets during their rest period.

Head of Polo, Elizabeth Marie Estrada, stated that any agency which violated its contractual obligation may be excluded from further participating in the Philip-pine overseas employment programme.

An official at a maid agency here, who wanted to be known as Cherryl, said maids had the right to refuse work if their employers failed to adhere to the new salary scale.

“We have e-mailed the memorandum to all our clients to inform them about the new salary.

“We will refer the matter to the Philippine Embassy for advice,” she said when contacted by The Star.