PETALING JAYA: With big smiles lighting up their faces, the students of SK Lembah Subang lined up for a nasi kandar treat by Original Penang Kayu Nasi Kandar at their school here recently.

SK Lembah Subang was the winner of the special group prize for Star Media Group’s Raise The Flag photo contest, part of the Raise The Flag initiative that ran from July 20 to Malaysia Day on Sept 16.

The school won a buffet for 100, courtesy of the famous restaurant in SS2, Petaling Jaya. The RM4,000 spread consisted of nasi briyani, chicken rendang, fish sambal and stir-fried vegetables.

Headmistress Shamsinar Hayati Mohd Shith said this was the first time the school had won a photography contest such as this.

“This is such a proud moment for us!” said Shamsinar.

She said the school decided to enter the photo contest as part of its month-long National Day celebrations.

“We wanted the students to know that the Jalur Gemilang should be celebrated and respected. 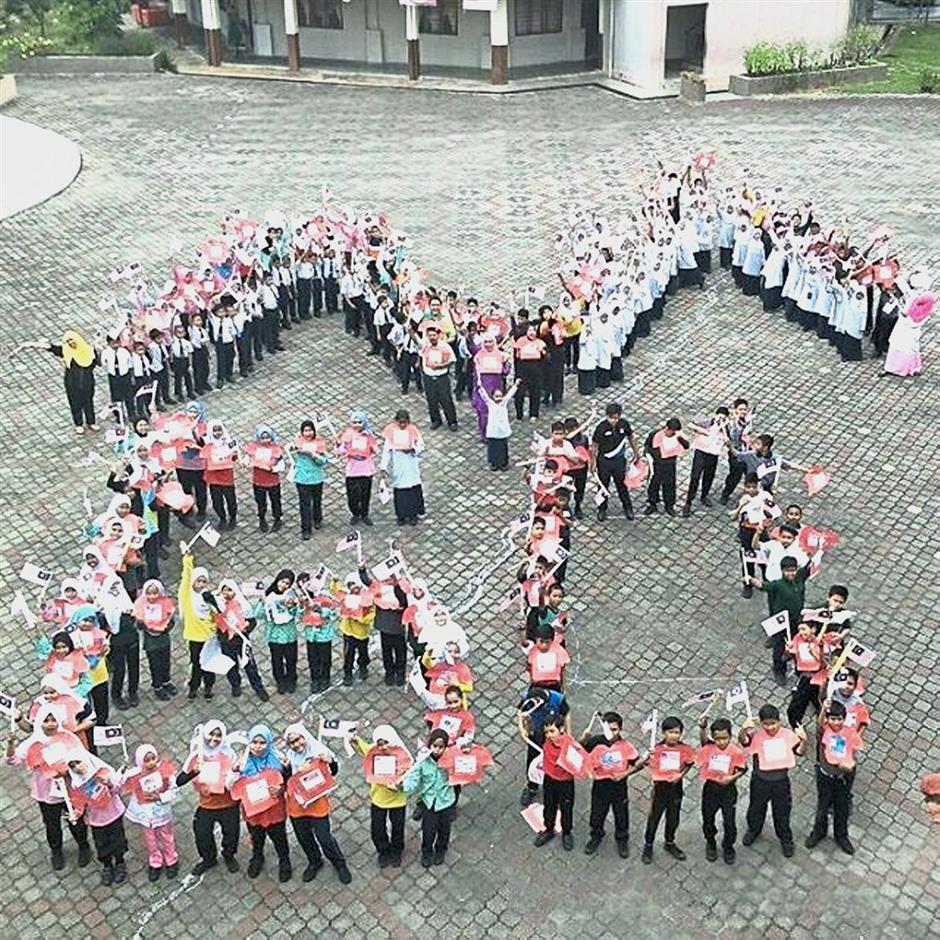 “The students enjoyed their experience and we are happy that we won,” she said, adding that about 400 out of the school’s 900 students were involved.

She said the win would spur the school to take part in other contests organised by Star Media Group.

The school sent in numerous entries from different classes, with students and teachers posing in the sun and also in the courtyard, spelling out words and making formations to come up with competition-worthy submissions.

The Raise The Flag initiative was aimed at strengthening patriotism and unity among Malaysians.

Contestants were asked to take a photo of themselves posing with the Jalur Gemilang and T-shirt template published in The Star and post it on social media.