PETALING JAYA: A video of foreign kids trying a variety of delicious Malaysian food such as nasi lemak has gone viral.

The latest entry in the popular Kids Try series was shared by the HiHo Facebook page on Tuesday (Nov 14), garnering nearly 100,000 views in less than 24 hours.

"I am ready for an adventure of taste!" said Jayque, who was dressed in burgundy.

The children were presented with plates of nasi lemak, a popular breakfast order that drew largely positive reactions.

However, the spicy sambal condiment was a challenge for most.

"I love cucumber… it's good, except for the spicy," said Crystal, a long-haired girl in a hot pink velvet dress.

They also got the chance to try roti canai with curry.

Upon taking a bite of the flatbread, Jayque exclaimed: "I don't like it… I love it!" 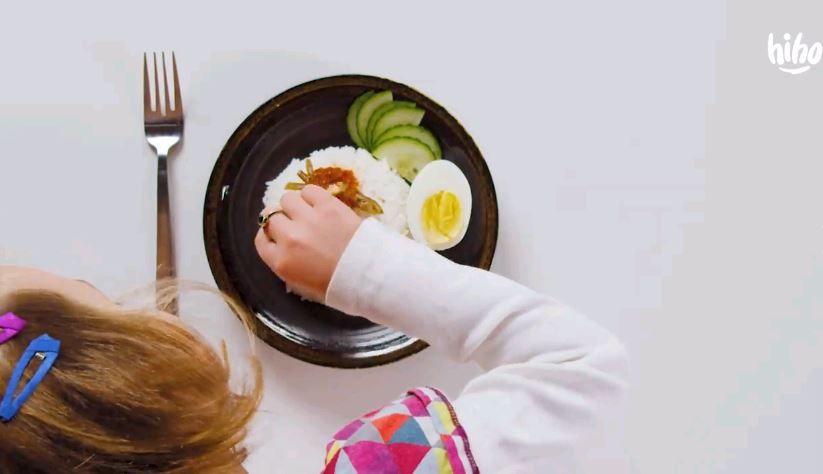 However, he was less fond of the dish after dipping it in curry.

An off-camera adult informs the children that "in English and in Chinese roti canai is referred to as flying bread", as the process of making it involves tossing and spinning the dough in the air.

This results in the children trying to do the same with their portions of roti canai, with less than stellar results.

Another young boy, Austin, had a creative take and used the roti canai to mimic the flapping of a bird's wings.

The next dish the kids got to enjoy with a bowl of laksa.

"Meat, egg, more meat, orange-reddish pumpkin broth," guessed Crystal, as she squeezed a slice of lime into the dish.

However, a child is seen having trouble with the flat and slippery rice noodles.

As for dessert, the kids were served with yummy wedges of apam balik, which the off-camera voice later describes as a "griddle pancake filled with chocolate and peanut butter".

A short-haired girl, Clara, took a bite and gasped in pleasant surprise.

"Whoa, this is so good!" she said, giving it an enthusiastic thumbs up.

In closing, the video saw the kids try out Bahasa Melayu in the outtro.

"Selamat jalan (Goodbye). Thank you for watching us try food from Malaysia!" said Crystal, leaping up from her seat in excitement.

Adorably, one of them even took a bit of Malaysia home with her.

"Me and Jumpy are gonna go now!" said Clara, packing an ikan bilis (anchovy) with her and walking off.

On Sept 9, the Kids Try series had sampled snacks from Singapore and Malaysia, such as Cheezels, fish crackers from Cold Storage, Lot 100 mango gummies, and Twisties.